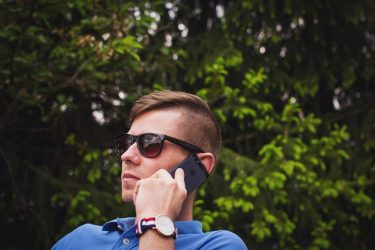 For a good few years now, I’ve spent much of my time writing about more affordable phones that offer exceptional value for money and without many compromises. But there’s always a recognition that if you’re happy to shell out top dollar, you’ll likely get the absolute best of the best.

At least you’d expect so.

Looks can be deceiving 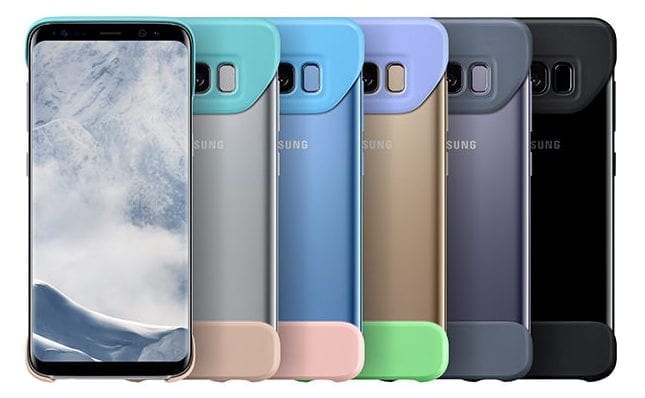 Sadly, Samsung is one of many companies that has started down a path of offering different specifications for different regions, often without making it very clear.

I’m not talking about different colours, or even the alternative chipset for Europe (namely Exynos here and Snapdragon 835 for the US), but something more. Something that competitors like LG and Motorola have been guilty of too, hopeful that Joe Public won’t notice or care.

Sometimes the variations are minor, but at other times they are significant enough that customers can be losing out, despite paying the same money – or sometimes even more.

Take a trip back to when the LG G3 was released, which came with more RAM (3GB vs 2GB) on European models than the model sold in the UK. Roll on to today and LG has decided that wireless charging is not to be included on the UK G6 (that’s for US customers only), while Korean users can get their G6 with a quad-DAC for better audio output, but no wireless charging either.

Not only that, but when companies start to create different variants, it also means getting software updates at totally different frequencies. Mentioning the LG G3 again, Polish users got regular updates. UK users were all but forgotten unless prepared to manually flash ROMs themselves.

Motorola has also decided that some versions of the Moto G5 Plus will sell with 3GB of RAM, and others with just 2GB of RAM. And that’s even before you consider the confusion even on Motorola’s own website about which versions have single or dual-SIM slots.

Is this acceptable for items costing hundreds of pounds? I certainly don’t think so.

Other manufacturers have included NFC support (for Android Pay) in some versions of the same named phone and not others.

So what about the Samsung S8 then? Well, at Mobile World Congress there was a lot of talk about gigabit LTE; where users can enjoy speeds of up to 1000Mbps. Handsets using Qualcomm’s Snapdragon 835 were demonstrated, including the Sony Xperia XZ Premium.

Okay, so 1000Mbps (or as near as) will be achievable only in a lab, but the point is that it’s the fastest 4G speed possible at the moment, and both EE and Vodafone in the UK are working to offer Cat 16 support later this year. Indeed, both are already testing it internally with some impressive results.

When Samsung announced the S8 and S8+ shortly after MWC, it too bragged about Gigabit LTE. Even the European Exynos versions were included, showing that Samsung had managed to support Cat 16 (AKA Gigabit LTE) on its own modem, as well as that of its Qualcomm rival.

Look at the Samsung site today and UK users will see as clear as day the mention of such incredible speeds.

There’s just one slight problem; the UK models are in fact limited to Cat 9 LTE (450Mbps limit) for reasons that only Samsung can possibly know or attempt to justify.

As a guide, the HTC 10 and many other phones from last year, including the Google Pixel phones, support this too – meaning it’s hardly 2017 flagship potential.

The small print does say specs may vary from country to country, but seriously Samsung? You’re advertising a feature with a slide that takes up an entire screen, and then hide away some rather important notes in the small print?

I know some will say I’m making too much of a deal about this, and will point out that Cat 9 is not slow, but if Samsung came clean and removed mentions of Gigabit LTE for UK customers then that would be fine.

Cat 9 can offer speeds of up to 450Mbps. As EE is currently capping speeds at a little over this, nobody is going to get much faster – not even Mate 9 or P10 Plus users.

But that’s today. What about later this year, or early next? If you’re buying this phone on a two year contract, don’t you want it to be continuing to impress this time next year, or 18 months from now?

A small ray of hope?

The text on the Samsung website does ‘Gigabit LTE ready’ so perhaps we can hope that the hardware inside the European models is actually ready for Cat 16, and it will be activated with an over-the-air update in due course.

Sadly, the same was said for activating 256QAM 4×4 MIMO support on the Pixel phones, and even VoLTE for the Nexus 6P, but neither of those things have actually happened.

I certainly wouldn’t drop £700 on a new phone with the hope that the manufacture will come good in the future. Especially when Samsung will soon move on to its next phone.

Quality: more than the sum of its parts

And what of other variations that are considered within an ‘acceptable level of tolerance’ these days, such as components like memory storage, displays and image sensors?

This is an even bigger minefield, and one where you won’t find any information in any small print. For this you’re on your own, and any information is likely to come weeks or months after a phone has been on sale. Far too long to make an informed decision on whether to buy.

Samsung can again be mentioned as a firm that used to switch between its homegrown ISOCELL image sensors and those made by Sony. Samsung always stated they were to an identical spec, but countless reviews and comparisons of the Galaxy S6 showed quite distinct differences in photos taken from both.

Likewise, Sony used to use different display panels with quite marked results when it came to saturation and viewing angles. Guess what? Yup, Sony said there was no discernible difference.

More recently, Huawei has got attention after admitting it used different memory for some of its newest devices – because of a shortage of components.

The Mate 9 launched last year was advertised as coming with the very fastest UFS 2.1 memory, but it turns out some shipped with slower UFS 2.0 chips, or even slower eMMC memory. It prompted Huawei to recently update its website to remove any mention of UFS on its handset specs page.

Now the P10 and P10 Plus have been found to have the same issues, meaning that some users have internal storage less than half the speed of other models.

Here are the results from my P10 (left) and Mate 9 (right) which shows that my Mate 9 is using eMMC storage that’s significantly slower. Huawei says it doesn’t make a difference in reality, and I’d be inclined to agree up to a point – but I still don’t like the fact that companies are doing this without coming clean until ‘caught’.

(Although not confirmed, it seems even Apple has been guilty of such practices by using slower storage memory on 32GB versions of its phones than 128GB models.)

None of the above examples are where there’s a difference between a version of a phone sold in one region and another elsewhere. This is a simple case of pot luck, a gamble, and one where it might be rather difficult to establish exactly what components are inside your phone, and near impossible to convince a retailer that you want a replacement because of it.

Later this year Samsung will launch the Note 8. I know this definitely will support Cat 16 and be used to promote the service for at least one UK network. That should make the Note 8 far better future proofed, and perhaps worth waiting for (the fingerprint sensor should also be ‘fixed’ for that too).

For other models, there are ways to get better models if you’re prepared to search around and possibly import a phone from another region (after checking about warranties, LTE band support etc). Looking on forums like Xda-developers.com is a must, as you’ll almost certainly get to find out what your options are.

Just going by what you read on official websites is no longer enough. Variations aren’t likely to be mentioned at the lavish product launches you may be watching live online, and even the media can be misled by confusing information put out – often not realising until it’s too late.

Know about other examples?

If you know about other examples of phones that vary in specification on a region-by-region basis, or just want to air your views (you may, perhaps, feel this is a storm in a teacup) then please post below. And if you like what you’ve read and want more people to be aware, please share this article with your friends and family.

2 thoughts on “Is your new flagship phone really as good as it could be?”