Honor has today announced the European launch of the Honor 9, less than a year since the release of the Honor 8 but slightly behind its Chinese debut. Alongside the new flagship phone comes new accessories too.

This news was written ahead of Honor’s launch event in Berlin today, where I will get a chance to have a play with the new device and the accessories.

I will have a first impressions piece published later, plus in the coming days I will also be able to post my own camera samples for you to judge.

So where does the Honor 9 fit in Honor’s portfolio after the launch of the Honor 8 Pro?

The simple answer is that the Honor 9 becomes the 2017 flagship, using the very latest camera technology borrowed from sister-company Huawei, while the Honor 8 Pro offers a larger-screen experience but with the same camera from last year’s Honor 8.

The camera on the Honor 8 Pro, and indeed the original Honor 8, is still an excellent bit of kit, but the Honor 9 goes a step further by using the same dual-camera tech that first debuted in the Huawei Mate 9, and later the Huawei P10.

About the only difference is the lack of Leica branding, but when it comes to functionality (including a large range of filters and modes) the Honor 9 pretty much has it all.

Throw in the Honor 6X as a more entry-level phone and Honor believes it now has a phone to suit all needs and budgets.

If Looks Could Kill

In time hono(u)red tradition, Honor has changed a few things to set the phone apart from its Huawei alternative, like adding an infrared port to control various devices around the home, and going for a more exciting look that has traded metal for glass.

The glass back does make the Honor 9 slightly thicker its counterpart, but we’re talking just 0.45mm.

As a fan of the Honor 8, I was a little disappointed that the shimmering effect didn’t continue through to the Honor 8 Pro. Thankfully, the beautiful multi-layered design has made a welcome return, with more curved edges that makes it look even nicer.

Even if everything about the phone was rubbish (don’t worry; it isn’t), you’d still have people wanting to buy it for its looks alone.

Since the Honor 8 arrived, many other manufacturers have joined in with similar designs, such as HTC with the U11, and it’s great to see it happening. Thankfully, Honor makes a transparent case for the phone that means you won’t lose the effect even if you’d sooner not have the rear of the phone exposed all the time.

The Honor 9 simply looks fantastic. I know that’s just my opinion, but look at the photos and the video reviews online and tell me you disagree! 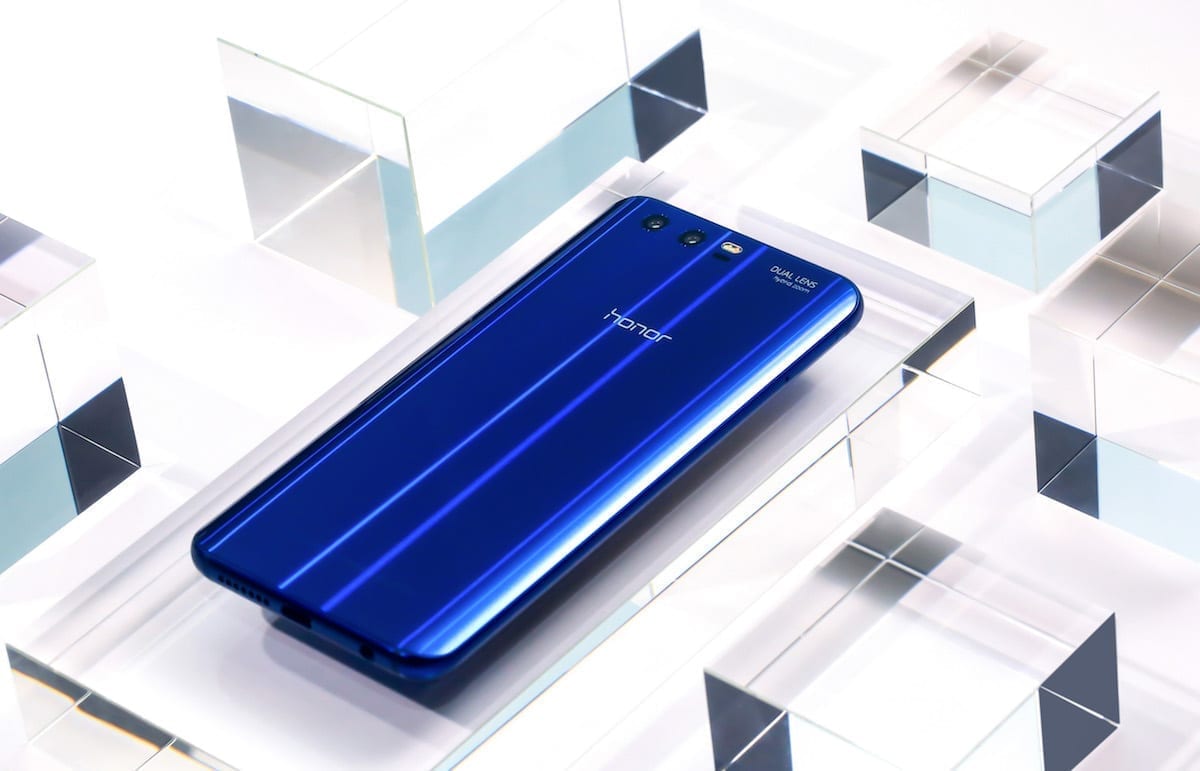 I know Honor doesn’t like comparisons with Huawei, or vice versa. But we all know they create variants for each brand based on a single platform. In the case of the Honor 9, its partner is the Huawei P10.

That means the same front mounted fingerprint sensor, the same Kirin 960 chipset with a significantly faster GPU over the Honor 8, and faster 4G speeds.

At the time of writing I am unable to confirm if it supports VoLTE or Wi-Fi Calling on every UK network, but with the phone being sold by Three it’s fair to say that SuperVoice and Wi-Fi Calling will be supported. So that’s one network confirmed at least! [Update: The phone will support VoLTE on Three, but it did not work when I inserted an EE SIM]

The LCD screen is 5.15-inches and comes with a full-HD resolution. By comparison the Honor 8 Pro has a 5.7-inch quad-HD resolution, but most manufacturers have realised there’s little need to go beyond 1920×1080 pixels on screens around 5-inches.

It may be an issue for VR, but that’s about it. And is VR really a thing for most consumers yet anyway? Tell me down below in the comments. 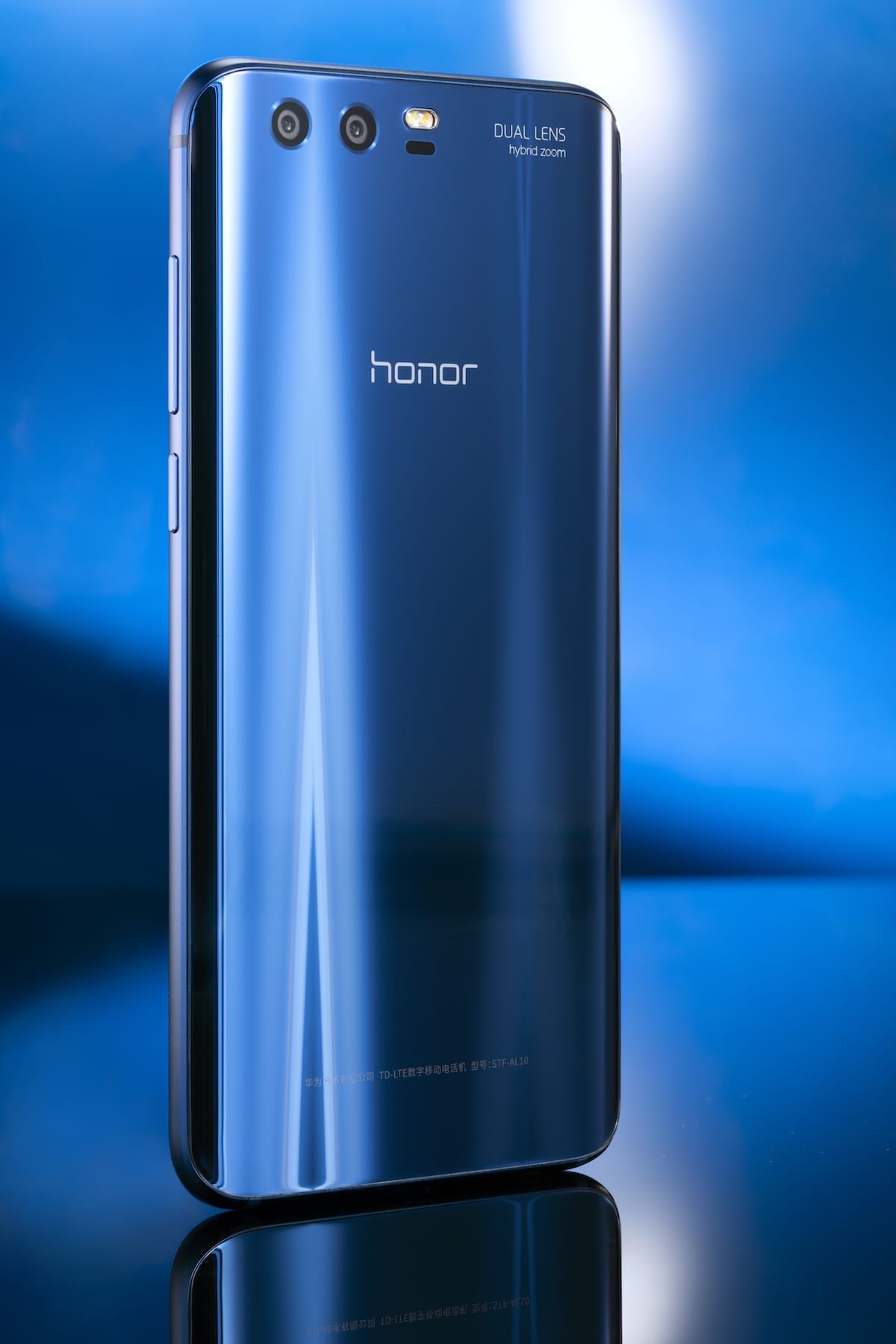 The increased resolution allows a hybrid 2x zoom that is near lossless, and in my experience with the Mate 9 and P10 it certainly is possible to get great shots at 2x.

The phone can zoom in more (up to 10x), but at higher levels it performs just like any other digital zoom and the results are, erm, well, interesting – to say the least.

Honor also claims the new image sensors are far better performers in low-light than the Honor 8, and a lot of the launch materials centre around low-light and indoor photography (see samples below).

The front-facing camera is 8-megapixels and allows video recording at 1080p. It comes with a range of beauty modes and filters.

Existing Huawei and Honor users will now be used to the super night mode option, the light trail and other effects, enhanced editing tools, a great document scanner (which automatically reshapes and enhances documents or signs), HDR modes and manual settings with RAW capture.

The Best of the Rest

Other specs include dual-band Wi-Fi (802.11ac support included), dual-SIM, 4GB of RAM and 64GB of internal storage in addition to a microSDXC card that can be used in lieu of a second SIM.

For some reason, Honor just can’t build a phone with three slots as it has done in the past for lower end models. We can but hope that one day this will change.

But 64GB of internal storage is still pretty good, and there are variants of the Honor 9 with more RAM and storage. They are not yet destined for a European launch, but in the past Honor has released extra models as time goes on.

The new Kirin 960 chipset is less power-hungry than those that came before it, and with a 3,200mAh battery it should hopefully do as well as the P10, and similar to that of the Mate 9 (that comes with a larger 4,000mAh battery, but also a larger screen to power).

Fast charging is supported, but this is slower than the latest Super charging technology utilised on the Huawei models. This is pretty much the only aspect of the phone that could be considered inferior to the Huawei-branded models, and must be weighed up by comparing the cost of the Mate 9 to the Honor 8 Pro (which also lacks Super charging support) and the P10 to the Honor 9. The Honor 9 will retail for £380, while the P10 still costs around £550-600, for example.

Oh, and the phone comes with Android Nougat and EMUI 5.1, which for anyone that isn’t aware, now includes an app drawer on the native launcher, plus a far more native-Android look and feel. Yet, there’s still all the usual power management features that can boost your standby time considerably by shutting down chosen apps when in standby mode.

Honor let the cat out of the bag ahead of launch with an accidental (?) posting on Amazon, showing the price to be £379.99.

That’s around £100 less than the Honor 8 Pro, and makes both phones far cheaper than the Huawei counterparts.

The Honor 9 will also be available from vMall.eu and other online retailers, as well as on Three, with orders opening almost immediately after launch. 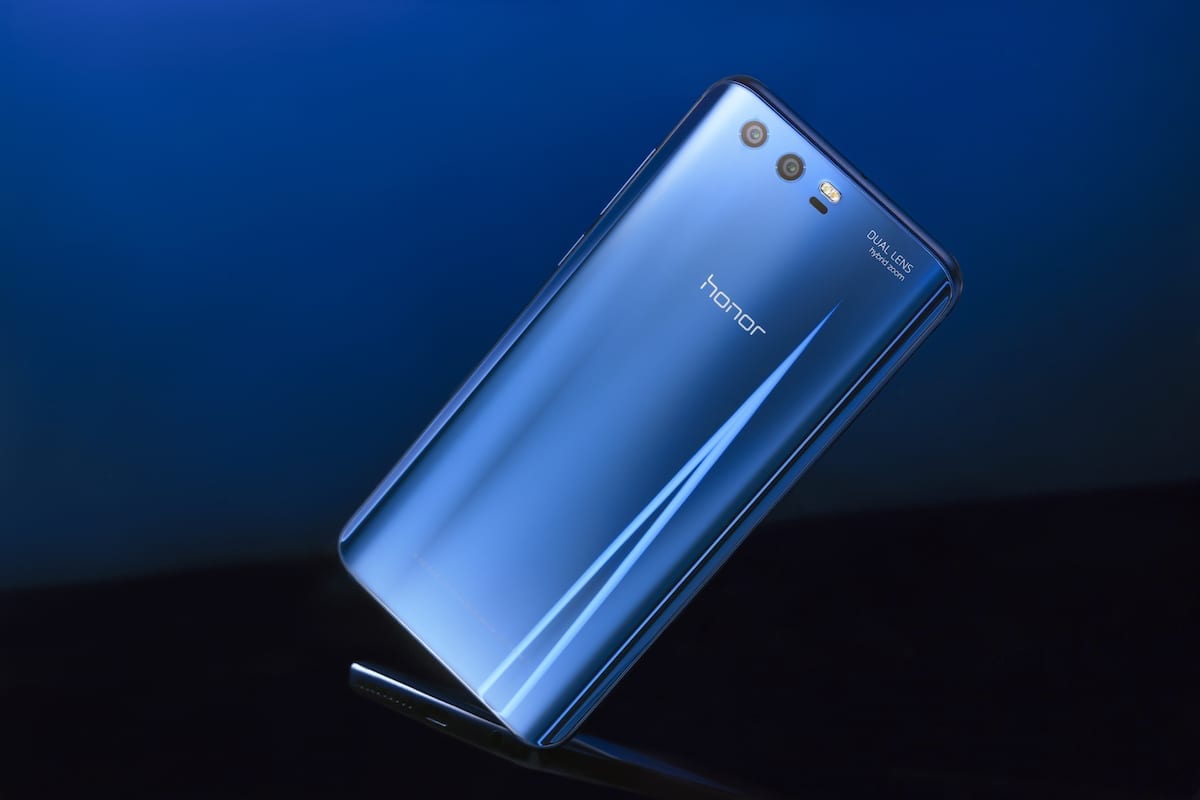 Honor also launched some new accessories alongside the Honor 9, including its very latest fitness band, the Honor Band 3. In addition to this comes two new audio accessories.

The water-resistant, 18g, Honor Band 3 comes with a PMOLED display that is neatly integrated to become part of the band surface, helping you keep track of your activities, whether that is running, swimming or doing a multitude of other sports.

It will probably also be just as good at monitoring your daily commute and walk to the local Starbucks.

The band has a variety of sensors to monitor calories burned, as well as distance travelled, plus it also has continuous heart rate monitoring.

Up to 30 days battery life means you won’t need to remove it every night to charge, and so be able to take full advantage of the Hauwei TruSleep sleep monitoring function, which comes complete with advice on getting the best quality sleep as it keeps tabs on how much shut-eye you get every day.

Finally, the Honor Band 3 will also alert for incoming calls, texts, email and other notifications – and is compatible with any Android or iOS device.

It is available in a choice of colours (carbon black, classic navy and dynamic orange – as pictured above) and will retail at £59.99.

As a company behind overpriced cables, I have to say that I wasn’t initially impressed to hear about these earphones, but I’ll reserve judgement until I’ve had a chance to hear how good (or not) they are.

As you might expect from the brand, the Honor Monster earphones aren’t cheap, selling for £44.99, but as the manufacturer behind the original Beats audio products, you should expect high levels of bass that some might consider over-engineered, but others will love.

The earphones com with Pure Monster Sound support and Huawei’s self-developed Super Wide Sound (SWS) technology, and with an integrated microphone these will also let you use as a phone hands-free.

I can’t say how good they sound, but they certainly look good and designed to look every bit as stylish as the Honor 9. They’ll be available in dark blue, pearl white and red with black, and like everything else be sold on vMall.eu.

Finally, Honor has a wireless headset for active users. Given active users are likely to get wet from running in the rain, or simply sweating, it’s good to know that the earphones are designed to cope with both.

The internal battery promises up to 11 hours of music playback or phone calling, and you can choose from black, red or blue coloured versions.

The Honor Sport Bluetooth earphones will sell for £59.99 on vMall.eu.

Photos from the Event