There’s a real sense of competitiveness in the mobile industry right now, with key players EE and Vodafone working hard to upgrade their networks to add speed and capacity.

4G might still feel relatively new, but there are already many signs of problems affecting every network in many towns and cities.

Today I attended an EE event to hear about Gigabit LTE can help bring improvements to all, including those who still have an old phone that isn’t even capable of using the extra speed on tap.

The event was organised by EE with talks from Qualcomm, responsible for the X16 modem featured in the Snapdragon 835 chip, and Sony, which has put the modem in its flagship XZ Premium handset and was the first to hit the market last month.

It’s worth noting that EE has already activated sites to offer Gigabit LTE on a limited number of sites around the country, many located in and around Tech City (Old Street and parts of Shoreditch).

Likewise, the XZ Premium is already on sale. Consumers with the right phone, the right tariff (a Max plan with no speed restrictions)  and in the right location can already enjoy higher speeds in excess of 300Mbps right now.

The event wasn’t so much to launch the service, but explain why it isn’t all about headline speeds – even if there was the obligatory speed test (because, like benchmarks, they look good!).

EE has managed just shy of 1000Mbps in lab tests at its Borehamwood test facility, but at Wembley Stadium today, speeds peaked at a more modest 750Mbps. I managed to catch the tail end of a test that peaked at 668Mbps, which is pretty impressive.

Personally, on my own XZ Premium I was topping out at just over 218Mbps (I’ve had higher elsewhere) but I did get my first upload of 94.4Mbps – considerably higher than the usual 45-50Mbps you’ll get pretty much everywhere in the country.

EE is now rolling out higher uplink speeds between 75 and 150Mbps in parts of London and beyond, but such upgrades are an ongoing process and specific dates weren’t given.

In some respects, faster upload speeds is bigger news than faster download speeds.

As I’ve said before, just as Qualcomm has been keen to stress with demonstrations of its faster 4G modems at events like Mobile World Congress, it’s not all about peak speed. They’re great for people moving files around on Google Drive or Dropbox, or uploading uncompressed 4K video, but most people don’t need 700+Mbps.

What EE is trying to do is increase the average, with the aim for people to be getting 40-50Mbps in as many locations as possible.

Utilising all of its current spectrum, and seeking to use the 5MHz of 2600MHz spectrum that BT has, it can bring speeds up for all and cope far better in congested areas.

Congestion is now becoming an issue for all the networks and Three has recently been suffering particularly big issues. In some parts of central London (Old Street, Holborn, Oxford Street, Piccadilly etc) I’ve had speeds below 1Mbps, with 200ms ping times and the occasional network time outs.

At Wembley, alongside the speed test on my phone with EE of 218Mbps, Three was coming in at 0.36Mbps on 4G, and a slightly better 5.5Mbps on 3G. Three is a perfect example of why a lack of spectrum is a problem.

Roberto Di Pietro, VP of Business Development for Qualcomm told us that the Snapdragon 835 platform brings real-life benefits to the everyday user, and later on Qualcomm showed me how phones with its X16 (Cat 16) modem brings benefits for other users with older equipment.

By being more spectral efficient, Cat 16 users can be ‘in and out’ quicker for their data needs, enabling the network to give a better service to 4G users using older phones, like Cat 3 and Cat 4 devices.

This was demonstrated by showing how the service adjusts with different types of user on the same site (see photos below).

Network testing will often be about headline speeds and latency, but a network is obviously more concerned with how the network performs as a whole, and Gigabit LTE makes the best use of the network with technologies like 4×4 MIMO, 3CA (Carrier Aggregation) and 256QAM encoding.

In layman’s terms, think of it as more lanes of traffic on a motorway combined with vehicles driving closer together in each of them.

Warren Saunders from Sony talked a bit about the Xperia XZ Premium, and how it has the ability to stream 4K HDR content. This makes Gigabit LTE a valuable addition, and helps futureproof the phone.

With things like Hi-res audio too, Gigabit LTE genuinely enhances the user experience and isn’t merely something added for the sake of it. Of course it does help when it comes to bragging rights!

The XZ Premium using Snapdragon 835, which Qualcomm nicknamed the ‘Cool Snapdragon’ uses a 10nm process and has addressed many of the thermal issues that afflicted earlier Xperia phones.

At the event, I took multiple photos and video (some of which I may use in a later film) and consumed 12.5GB of data – much of it using the RootMetrics app, so not impacting on my allowance.

My phone, having been taken off charge at 6.45am, dropped to 56%. That’s pretty impressive, considering the high screen on time, heavy use of the camera, Google Photo backups in the background, and a considerable number of speed tests.

Admittedly the phone did get a little warm at times, but compared to Xperia phones of old, it was significantly cooler. But, even better than the temperature is the fact that I was still being told the battery would last until the small hours of the following day, which makes it a phone that can actually be used for the services advertised.

I’m intending to review the phone separately, but in the few short weeks I’ve had the phone I have to say that Sony has come on leaps and bounds, and with Gigabit LTE support it really does give the handset an edge.

Finally, there is the obvious question – when will Gigabit LTE roll out to everyone in the UK?

Well, Howard Jones was very honest in saying that it won’t come to everyone – ever. It just isn’t going to see a return on investment to offer it nationwide, and it will be reserved for high-density, high-demand areas.

Remember, it’s not just about the headline speed – but maintaining a good average for all. In rural locations where usage is far lower, the ‘Hz per customer’ will remain about the same. Stable speeds can be satisfied with a combination of 1800MHz and 800MHz.

And, while users of older 4G phones will see benefits, it stands to reason that more Cat 16 devices will bring the biggest benefits. So by the end of the year, EE intends to offer more Gigabit LTE compatible phones in its portfolio, with phones like the HTC U11 and the forthcoming Samsung Note 8 being part of this plan. 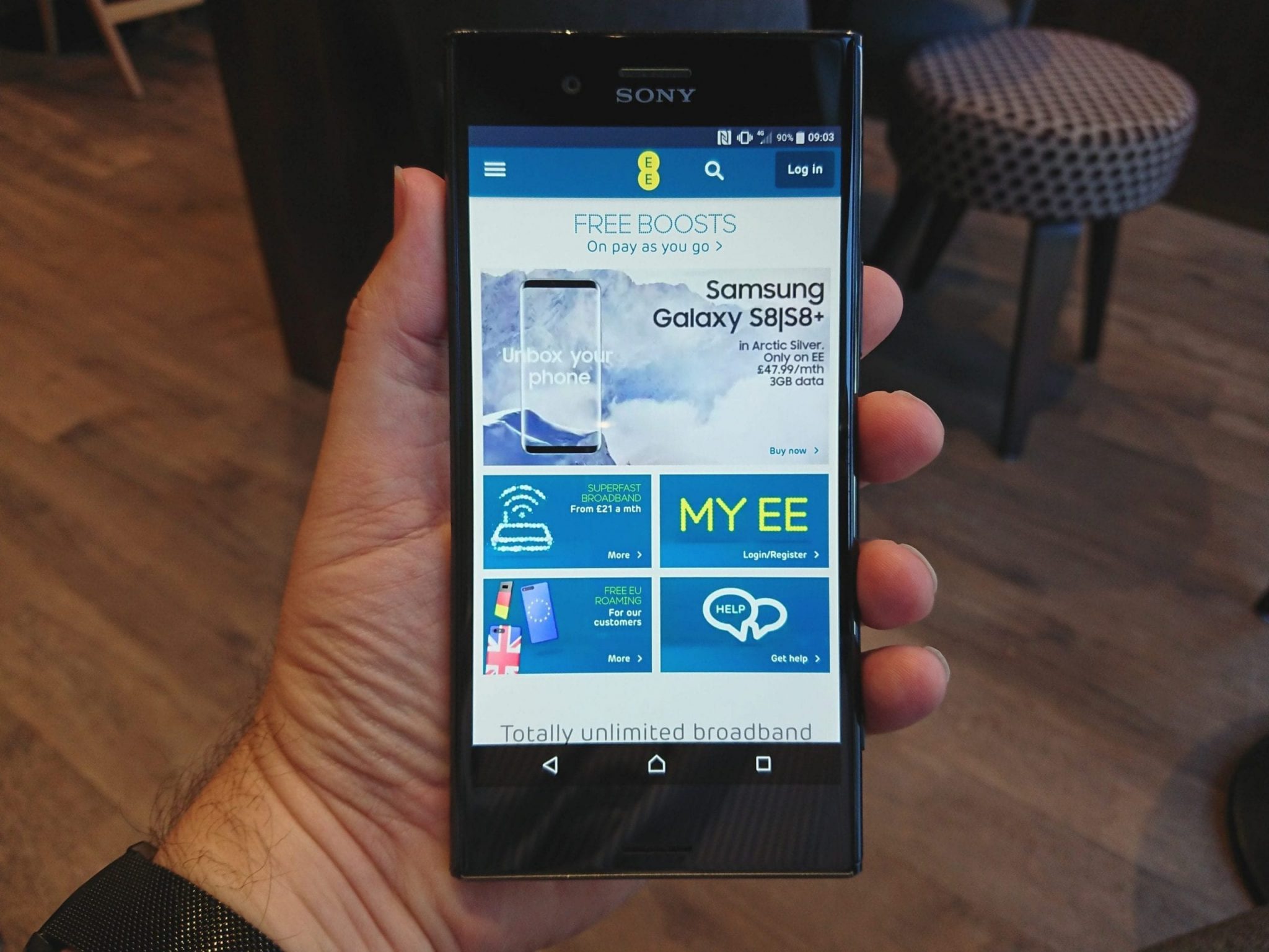 Nobody seems to know if the next iPhone will be suitably equipped, but one way or another, faster speeds are coming and EE definitely wants to keep one step ahead of growing demand.

I for one can’t wait to see how things continue to improve, and with Vodafone working on its own strategy to bring up speeds and capacity, the rest of 2017 and 2018 should once again be a step change in the development of 4G.

5G might be around the corner, but for now there’s little reason to worry too much about that. There’s loads of life in 4G still, but it might just be time to consider what your next phone is going to be.