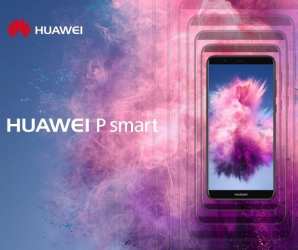 Everyone likes to be let in on a little secret, but yesterday I was left somewhat confused when this arrived in my inbox:

I just wanted to let you know that the NEW Huawei P smart will be available soon and is exclusive to Vodafone (www.vodafone.co.uk) throughout February, 2018.

I’ll be in touch with further info in due course.

I was left more than a little confused because I’d never heard of the Huawei P Smart, and by the look of things online nobody else in the UK had either up until that point.

It turns out, the P Smart is a phone that was launched yesterday – very quietly by Huawei in Germany – and the phone is based on the Chinese Enjoy 7S launched late December, which is also based on the Honor 7X (give or take a few spec differences).

And as I now know, it’s coming to Vodafone as an exclusive in the UK. The price is unknown, but it should be comparable to the Honor 7X, so somewhere around the £250-270 mark. That is unless Vodafone opts to be aggressive with its pricing to boost sales.

It might have been a good idea for Vodafone to give a bit more information about the phone, like some basic details of the specs, but given the Internet is global a search soon found the necessary details which I can give below. 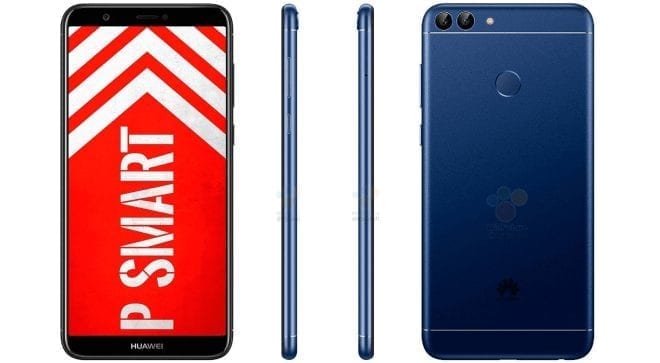 You can think of the P Smart as being almost the same as the recently released Honor 7X, except with Android Oreo installed out of the box. Honor users will have to wait a while before receiving the update.

There’s the almost obligatory 18:9 ratio FHD+ display (1080×2160 pixel), on here in a 5.65-inch version (the Honor 7X is larger at 5.93-inches), which means pretty minimal bezels at the side but still something to hold on to when using in landscape mode.

Under the hood is a power efficient Huawei HiSilicon Kirin 659 SoC (complete with 3,000mAh battery to keep it going), four colour choices (black, blue, gold and rose gold), and two spec variants; 4GB of RAM and 64GB storage, or 3GB of RAM and 32GB storage.

It’s not clear at this stage what variant Vodafone has opted for, or what colours might be available here. If I had to go out on a limb, I’d say Vodafone will most likely stick with black and perhaps add its logo to the rear.

Remember the only details thus far are that very descriptive email quoted above!

Continuing on the specs, there’s a hybrid SIM slot (two SIMs or one SIM and a microSDXC card), single band Wi-Fi support, Cat 6 LTE support (300/50Mbps) and VoLTE is an option on the Chinese model – so will hopefully be supported on Vodafone’s network too. Sadly, there’s no USB-C connector here. If I was a little disappointed with a 2017 released phone having microUSB, I’m even more so now we’ve entered 2018.

The rear camera consists of a dual-lens setup, with a 13+2MP configuration (the second camera for depth perception, to aid portrait and bokeh effects). The front has an 8-megapixel camera. If the camera performs the same as the Honor 7X, it should offer a good deal of flexibility – although low-light images won’t set the world alight.

Assuming the price is right, Vodafone may have itself a good little phone to offer – given the Honor 7X is not that widely available anywhere but going down the purchased online, SIM-free, route.

Finally, Vodafone mentions exclusivity for February only so maybe this phone will make an appearance on other networks in the future too.

Personally, with all eyes on the next flagship P-series phone at or soon after Mobile World Congress, and an already pretty comprehensive range of phones from Huawei and sister-brand Honor (like the Honor 7X and View 10 and Huawei Mate 10 Pro), I do think it’s time to perhaps slow down for a while and concentrate on selling what they’ve already launched.