Following the earlier teaser, Honor has now officially announced the View 20, a notch-less phone with a tiny cut-out camera hole instead, allowing almost all of the front to be a screen.

More information is now available about the other specifications, including more detail of the impressive 48-megapixel Sony-made camera, which we now know comes with an additional 3D ‘ToF’ (Time-of-flight) camera to provide enhanced depth sensing, and also offering other features like 3D modelling of objects.

Powering the phone is Huawei’s flagship Kirin 980 chipset, with 6GB or 8GB of RAM, a 4,000mAh battery, dual-band GPS, ‘Link Turbo’ (which can combine Wi-FI and 4G data at once or switch seamlessly between one or the other), 22.5W fast charging and a rear-mounted fingerprint sensor.

The phone will also come with Android Pie and a variation of Emotion UI, called Magic UI.

Packing a whole lot of punch

But clearly the main focus of the phone is the front camera, embedded within the 6.4-inch LCD screen that pretty much covers the entire front of the phone, bar a small chin.

The 25-megapixel sensor is as close to the front glass as possible to prevent light-bleeding issues, and positioned to be hidden by hands when held in a landscape position, whether playing games or watching movies.

Honor made a mention of this possibly as a dig at Samsung, which opted to put the camera on the other corner. 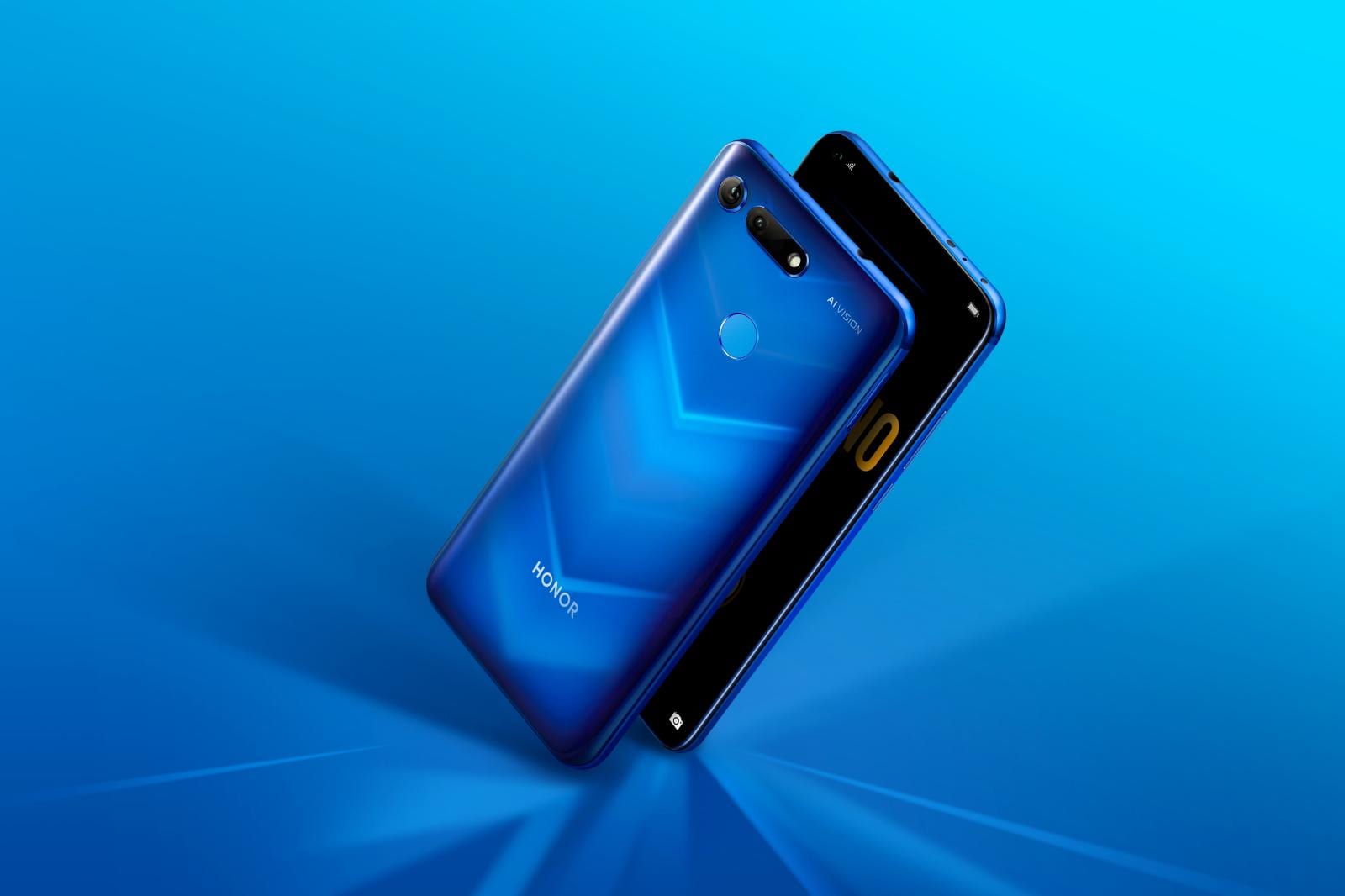 Another previously unrevealed feature is the unique ‘V’ styling colour gradient that is available on all three colour variants (blue, red and black), continuing Honor’s tradition of providing bright, colourful and incredibly stylish back designs that just cry out for nothing but a clear casing to be attached.

For European release dates and pricing, the phone will be featuring at a dedicated launch in Paris on January 22nd, as well as getting a further showing at CES in Las Vegas next week.

One thought on “Honor View 20: More info on this powerful 2019 flagship”