Members of the public can now get a taste of 5G at Manchester’s terminal one, without even needing a 5G handset of their own!

Until 5G handsets are released for consumers (and in turn, SIM cards are enabled for accessing the 5G network), Vodafone is conducting the public trials using a portable 5G router, which it calls a ‘Gigacube’ device. It utilises Massive MIMO technology to enable multiple transmit and receive signals. 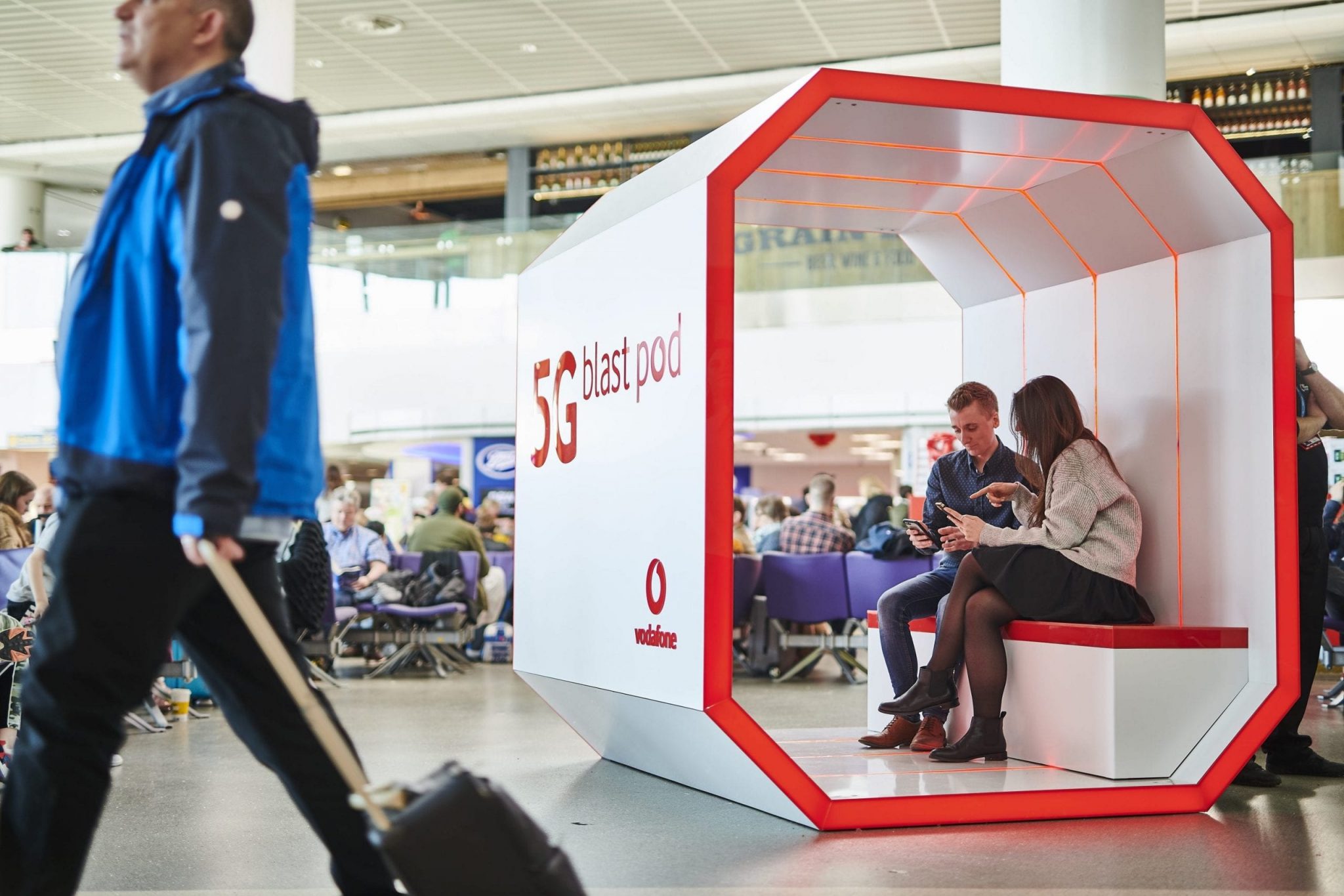 Vodafone intends to expand 5G to major airports and railway stations around the UK, a process expected to be completed in around a year, and starting in the next few weeks.

For now, passengers can visit a special ‘5G blast pod’ and experience the increased speeds on offer, with decreased latency on 5G being ideal for video streaming without buffering or lag.

As an example of the increased speed on offer, passengers could download an entire TV show season in a little over six minutes, up to four times faster than using 4G (based on Vodafone’s own testing that consisted of 9 656MB episodes of Tin Star being downloaded in 6 minutes 7 seconds using 5G, and 26 minutes 8 seconds using 4G).

Nick Jeffery, CEO, Vodafone UK said: “We all love to catch up on our favourite TV shows, play games or finish off some work when travelling. 5G, with its fast speeds and quick response times, will make that quick and easy, even in busy locations. We are proud to be the first provider to bring 5G to an airport and will be adding more major travel hotspots to our 5G network throughout the year.”

Brad Miller, Chief Operating Officer, Manchester Airport said: “We are delighted to support Vodafone’s 5G trial at Manchester Airport. As we progress with the design and delivery of our £1bn transformation programme, we are constantly exploring how new innovations and technology can be applied to improve the airport experience.

“As a business with a strong presence in our surrounding community, Vodafone was a natural partner for a trial project like this and we look forward to collaborating with them again in the future.”