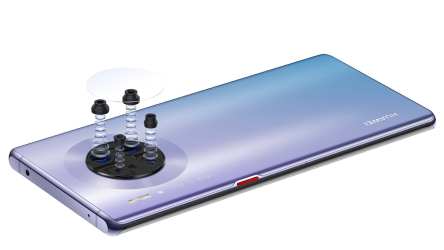 The recently announced Huawei Mate 30 Pro has won the absolute highest rating ever from DxOMark, the company that rates cameras for still images and video. The overall score of 121 is made up of 131 for photo quality and 100 for video.

The Mate 30 Pro features a 40-megapixel SuperSensing camera with a unique RYYB colour array, and now a 40-megapixel cine camera that can record 4K video at 60fps. The phone also has a 3x telephoto 8-megapixel camera, and 3D Time-of-Flight (ToF) sensor.

“With an overall DxOMark camera score of 121, the Huawei Mate 30 Pro is the new number one in our smartphone camera ranking. The new record is largely due to a phenomenal photo score of 131, a full five points ahead of the previous leader.”