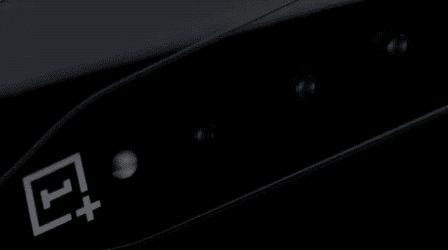 While the prototype 5G phone on show at MWC 2019 went on to become the OnePlus 7 Pro 5G soon after, OnePlus will be demonstrating a concept phone at CES in Las Vegas with no planned release date.

However, it should still attract a lot of interest and give some indication of where things might go in the coming year, as manufacturers continue to work on new ways to build excitement about upcoming products.

While 5G is clearly going to be a big thing this year, now we have more affordable chipsets able to bring 5G to a wider audience, and folding technology is likely to continue to roll out (almost literally!), there are likely to be many other ideas being toyed with.

We’ve seen how work is progressing on selfie cameras integrated within screens (to do away with notches or motorised pop-up cameras), and OnePlus is now playing with electrochromic glass – a feature that allows glass to be switched from transparent to opaque depending on the voltage run through it.

Here are more photos and a video released by OnePlus as they showed off the prototype, with McLaren branding, at CES.

If you ever get a chance to pop along to Samsung’s KX experience store at Coal Drops Yard, by London King’s Cross, ask them to demonstrate this in action, as the technology is used on one of their meeting rooms.

The concept phone will be shown off between January 7th and 10th at the Wynn hotel in Las Vegas.

I won’t be at CES this year, but hope to get a chance to see it before, or at, Mobile World Congress at the end of February.

You can see a little more detail in the Tweet below.