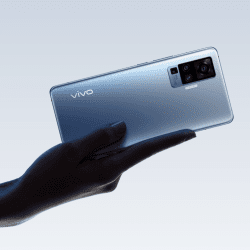 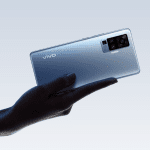 Vivo is the latest mobile entrant in the UK, and with its launch came four new handsets. The X51 5G is the European variant of the Chinese X50 released earlier this year.

The 5G phone has a very unique feature, as well as some other decent smarts, for a sub-£750 asking price.

This isn’t quite flagship level pricing, but still a bit above the recent range of low to mid-range phones that have swamped the market in the second half of the year.

For the money, the X51 5G has just enough ingredients to attract an audience – and especially those into mobile photography.

It may have some compromises to bring down the price (like not having a flagship chipset), but the upside is a phone that falls well short of the £1k barrier normally associated with phones that have some of the features still present here.

It lacks stereo sound, and the Snapdragon 765G SoC isn’t as quick as 865, yet it has everything a mobile photographer could want and need. It’s also extremely thin at just 8mm thick.

With the support of 5G, a decent (but not exceptional) battery and fast charging, it is unlikely to disappoint – at least if the camera setup is as good as Vivo claims.

The AMOLED display is extremely bright and colour accurate, and the small punch-hole selfie camera also offers a decent spec at 32-megapixels. The screen supports HDR10+ and a 90Hz refresh rate.

But the main reason people are going to want this phone is for that camera setup.

A first for any smartphone is the use of a gimbal to ensure extemely solid and stable photography in both light and dark situations.

Being first is something Vivo likes to be, and the company was the first to embed a fingerprint reader in a display, as well as releasing a phone with no notches or cut-outs (and using a pop-up camera for selfies).

It said at its European launch event that it doesn’t introduce new tech for the sake of it, with everything it does having to be beneficial for the consumer.

In the case of the X51 5G, the gimbal takes image stabilisation to the next level.

Huawei and Honor can claim credit for being the first to allow quality night shots.

Honor introduced a long exposure (super night mode) mode on the Honor 6 Plus back in 2014, but you still needed an exceptionally steady hand, a tripod or a surface you could rest the phone on.

The results were decent, but Huawei later came along and used AI to allow long exposure shots without the need for a tripod. That became a game changer.

But although you didn’t need to be perfectly still, some movement could still ruin a shot, and it also relied on you waiting up to seven or eight seconds to get a photo.

Optical image stabilisation can only do so much, and in order to further improve things the phone needs to crop the image, lowing the overall picture resolution.

The gimbal allows the image sensor to capture a full image, and an on-screen graphic shows the level of movement. Keep the dot within the circle and you’re pretty much guaranteed a perfectly sharp photo.

The phone can also autofocus on eye detection (like many Sony Xperia phones) and track bodies and objects (the latter by double clicking on the object to track). It has both Phase Detection and Laser autofocus.

In addition to the gimbal, which works on the primary 48-megapixel (f/1.6) sensor, you have an 8-megapixel 5X optical zoom (periscope), 13 megapixel portrait camera (2X zoom), and an 8-megapixel ultra wide camera with 120 degree field-of-view. Digital zoom runs up to 60X, which is best used sparingly.

The good news is you won’t see any pointless 2-megapixel sensors here, with every camera serving a specific purpose.

Besides the usual camera modes you’d expect (photo, video, night mode, panoramic etc), you have other modes like Astro Mode (to get those night sky shots showing all the stars), Supermoon (which gets you great shots of, guess what, the moon!), a Pro Sports mode for shooting fast action, a document scanner, and 120 and 240FPS slow-motion.

There’s also a full-on professional camera mode, with the ability to save RAW photos for onboard or offboard editing.

I had a great time with the camera, despite the latest lockdown putting paid to some of my intended trips out to try it out. Day or night, the phone provides a high degree of confidence that you’ll end up with a good photo every time – something that people wanting to just ‘point and shoot’ will always appreciate.

Perhaps one thing that disappointed a little was that the colour balance seemed to vary between sensors. The phone lacks the same level of calibration that you’d expect on something like an iPhone.

Obviously this is easily corrected after taking a photo, and a lot of the time you wouldn’t likely even bother, but things like this could be fixed in a software update (more of this later).

Vivo spoke of wanting to keep the UI simple and as close to native Android as possible for European customers, without bloatware or applications that Western users wouldn’t recognise, but perhaps the pruning has had some odd and unintended side-effects.

For one, there’s a second theme on the phone with a custom font that had formatting problems (inserting huge spaces after a ‘ or “), but I somehow managed to remove the theme by mistake and had no way to retrieve it.

You see the Chinese phones have an app called i Theme that lets you manage themes (including fonts) and it’s not on the phone. If you think you can fix this by downloading the APK, you’ll discover it is Chinese only!

While BBK is associated with BBK Electronics; the company that also has OnePlus, Oppo and Realme under its belt, the UI is indeed more like native Android than the others, and there are also quite a few differences over the likes of ColorOS/Realme UI or OxygenOS.

For one, there aren’t as many power management tools as you get on those other UIs, and the iManager app that does let you perform a range of optimisations lacks some of the features the Chinese models get.

I also discovered that you cannot close all apps with a single ‘close all’ press as the option doesn’t exist on the recent apps list. You must individually close each app manually.

The 5G phone that wasn’t?

The review model also came without support for 5G initially, with all UK SIM cards showing 5G data as being unavailable. This required an over-the-air update to fix, and allowed me to get speeds as shown below.

Obviously as a new entrant, needing to produce a global version of its software isn’t going to be easy, and early adopters will have to accept there could be a few updates to come to address what are only really minor annoyances.

Of course I can’t ignore them, but none of these issues are deal breakers (besides lacking 5G support, but that’s now fixed!). You simply wouldn’t lose out on such a good photography experience for the sake of having to swipe away a few apps one by one.

There are some nice features that also help you forget about some of the software foibles, like some nice animations and transitions that you can enable for a host of different things – many of them being visible when the phone is in standby (from a huge range of clocks and graphics for the always-on-display, to notification animations).

There’s also a high-performance gaming mode (as is now common on all phones) and various options to enhance the audio playback, or run apps full-screen (with cut-out) or with a border.

One thing Vivo will also need to work on is getting the likes of Netflix to certify the device to allow HDR video. YouTube, on the other hand, works fine.

Qualcomm’s Snapdragon 765G is a very decent chipset that brings 5G to a wider audience, and it works just fine inside the X51 5G.

It may impact on your ability to play intensive mobile games with the maximum quality settings, but Vivo is likely expecting the buyer of this phone to more focussed (sic) on the camera.

The phone supports multiple 4G carriers, as well as 5G support with standalone (for later use) and non-standalone use, with VoLTE and VoWiFi support, along with Wi-Fi 5 at a maximum of 866Mbps.

The Vivo X51 doesn’t have quite as many battery saving options as other phones, but it still offers up a decent performance. Enabling power saving mode does disable 5G, which doesn’t appear to be user changeable. I’d prefer to have control over this, such as the likes of OnePlus offering a separate ‘Smart 5G’ mode that disables 5G until the phone detects a need for a lot of data (e.g. a speed test or file download).

The 4315mAh battery can be charged at 33W with the supplied Vivo FlashCharge 2.0 adapter included in the box, getting you to 57% charge from 0% in 30 minutes.

Earlier I mentioned Vivo’s connection with BBK Electronics, but it must be stated that the charger isn’t compatible with the fast-charging systems used by OnePlus, Oppo or Realme.

This isn’t really relevant for people who aren’t in possession of loads of different chargers for various review phones at any given moment, but is something to be aware of if you’ve owned a phone from one of the other brands before.

As Vivo’s first (near) flagship phone in the UK, it has done more than I expected to get people’s attention by seriously upping the camera game in a highly competitive market.

There’s still work to do in order for Vivo to address a few software issues, as well as establish a reputation for itself – but with products like this it shouldn’t take too long for word to spread that there’s a new kid on the block.

The X51 5G is a fantastic first phone for Europe, and if future releases are anywhere near as good, Vivo has just become another company to watch very carefully from now on.

The Vivo X51 5G is available in just one colour at launch, Alpha Grey, at a retail price of £749.