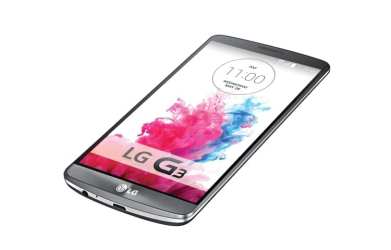 Last week LG announced the official Quick Circle cover for the still unannounced LG G3, but just hours before that official unveiling, everything has been leaked. Not by some blogger with inside information, but rather LG Netherlands!

I think I can now see what’s happening here. LG realises it needs to get people talking about this new phone, and it’s playing a blinder here.

Even though the specs make it a killer phone, LG hasn’t got the same draw these days as the likes of Samsung or Apple, after years of being in a virtual wilderness (yes, the G2 was a fantastic phone, but how many were sold in the UK compared to others, including the LG-built Nexus 5?).

Leaks get the web working itself into a frenzy and there can’t be many people left who aren’t talking about the G3 or awaiting news from the official event tonight (May 27th) to hopefully learn a few things that haven’t been said so far.

Assuming I am correct, LG has surely achieved what it set out to do. Few people in the tech world would even get upset if they found out they were played as this has generated loads of stories and clicks.

So what if we all know what the specs are and what it looks like?

We’re still to actually get one in our hands and give it the proper hands-on look, and that’s far more important.

The most important thing is that with appetites well and truly whetted, I’m still looking forward to seeing the real thing later today as I was when I first heard the rumours – and I bet all of my friends in the business are too.

Now if you can’t wait until the mere formality of the ‘official’ launch later, here’s the leaked site in PDF form, including a rough Google translation – just in case LG didn’t leak it on purpose and decided to take it down (but only after the whole world saw it).