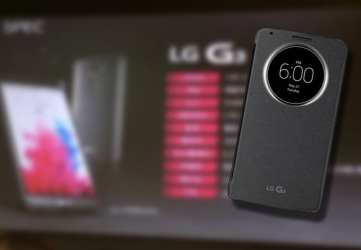 Bit of a weird one this, but given the amount of leaks for the LG G3 (due to be announced on Tuesday May 27th), the case, the UI and just about everything else, perhaps LG has realised that there’s little point even trying to keep anything secret now.

It would seem that the events taking place around the world on Tuesday are now a formality and a chance to simply let the press and partners see the phone hands-on – of which I’ll be one.