EE’s announcement of 7.7 million 4G customers is impressive, but even more impressive is the news that 4G data grew massively in 2014 compared to the year before.

With the offering of faster speeds (and as part of the network upgrading, 3G and even 2G speeds have improved considerably too), people are now using more data-heavy services than ever before.

Remember when EE launched and argued that people wouldn’t use more data just because it was faster? They’d simply download things faster? Well, that’s no longer true (if it was even then). People ARE using and demanding more data than ever before. 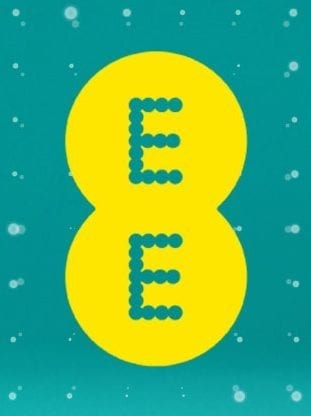 Part of this will be down to streaming more video (even Facebook now wants to autoplay videos on the mobile app if you’ll let it) and also uploading more hi-resolution photos and videos to share. Then of course there’s iPlayer, Sky Go and the various other catch up services from ITV, Channel 4 etc.

To top things off, as speeds increase even further – with the introduction of Cat 6 LTE – people will be increasingly looking to EE to offer an equivalent to fixed broadband, due to it being far quicker than offered by the likes of BT and Virgin in most areas.

More than you can eat

Before Christmas, EE launched the Dan & Phil limited edition SIM card (and also one for gamers that got less attention) with 100GB of data bundled for two months (that’s 100GB per month, so a total of 200GB). Users also got a free top-up of £15 with 500 minutes of calls, unlimited texts, plus a further 2GB of data.

The trial period hasn’t yet ended, so nobody knows exactly what users will be offered at the end as an enticement to stay, although users are meant to be getting called soon by a company doing a survey that hints they’ll be trying to sign people up in the coming weeks.

But surely EE is now going to have to revise its data packages in light of what it’s been offering on the trial? 100GB today, a maximum of 4GB tomorrow? No, that doesn’t add up.

Can there be any room for 500MB and 1GB tariffs given the increase in usage, while heavy users have to ask for the almost secret 50GB handset tariff that comes with an eye-watering monthly fee of £76?

As Three phases out unlimited tethering, with rumours that unlimited data could be axed entirely on its prepay tariff this year, EE is in a position to step in and offer more data and prove that nobody really needs unlimited data. But 4G is too low on prepay, while SIM only customers wanting the freedom to swap and change, top out at 10GB.

EE clearly offered 100GB to prove you don’t need unlimited data and your expectations of what you need are in fact a lot higher than reality. Take away tethering and even with a fair bit of usage on Sky Go and iPlayer, even I have been unable to use more than about 15GB in the first month of my trial. But, it was over Christmas when a lot of my time was spent sitting in front of a much larger television.

And a lot of my data usage was also from running speed tests, which revealed just how good EE’s network has become when you can wind up being disappointed you’re getting results of ‘only’ 50Mbps, and can quite easily get speeds of 60-80Mbs.

Nevertheless, people are fearful of running up large bills and feeling quite powerless because it’s very hard, if not impossible, to predict data usage or keep track in a meaningful way. At best you can set your phone to warn you and shut off data, but few people can work out what they’re going to use in advance to plan the best usage.

Keeping up to speed

The problem for EE will be maintaining capacity to cope with the ever increasing data usage, but I don’t want to see tariffs being used to limit usage. I am sure I’m like many in agreeing to pay a fair price for the data I need, with perhaps some innovation to help me on the occasions where I exceed my allowance, or when I fall short.

Last year, T-Mobile in the USA introduced the ability to roll over unused data for a month and AT&T has now followed, while EE’s hard cap does at least prevent nasty bill shock when you use it all up quicker than planned. However, the cost of buying additional data is too high. Most people will just go without data until it renews instead of paying, so why not just offer cheaper bundles that people won’t refuse instead?

Early 2015 sees the launch of Wi-FI calling on EE, and VoLTE is coming later in the year. Sites are already being upgraded for 800MHz, and Vodafone is also seeking to push higher data speeds to gain a competitive edge despite being quite far behind EE in terms of coverage. O2 is also pressing ahead with its own rollout, which isn’t so much speed but increased coverage and upgraded capacity.

Three is also working on VoLTE and 800MHz in the first half of 2015 to take it to the next level, having missed its targets for 2014. It recently revised it’s ‘A to Z’ list of towns to be covered, with many sites going from end of 2014 to end of 2015 – while some places (particularly parts of Devon and Cornwall) got removed entirely.

This leaves EE looking like the clear winner for the foreseeable future, but if it wants to take things to the next level then it’s time for those tariffs to be tweaked…

2 thoughts on “EE gets to 7.7m 4G customers; reveals 4G data use has increased sixfold”