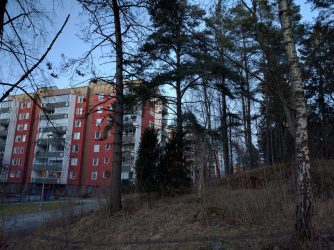 On another recent trip to Sweden, I decided to again test out roaming in a video that compares the experience between EE, Vodafone and Three.

This time I used the nPerf app, which does a lot more than just normal speed testing.

I recently made a video suggesting I’d be using an app called 4Gmark for future tests, but nPerf was recommended to me by the app developers directly, and upon doing some testing with each of them, I decided to switch to nPerf.

By all means check them both out yourself, but for me nPerf gives the results in a much more user-friendly way for showing in video and screen capture form. If you subscribe, you can also backup tests and sync across devices, which makes comparing results later even easier.

Although I was clearly not expecting any changes to Three’s Feel at Home service, the nPerf app provided excellent proof of the blocking in place that renders streaming impossible – even on lowly 240p video.

I then ran the same test on Three using a VPN, which – again no surprise – then allowed streaming to work, albeit with a large hit on overall data speed.

It becomes a case of deciding between speed and reliability, but if Feel at Home truly lived up to its name and was just like being at home, nobody would have to choose. I think it’s unfair that Three isn’t coming clean about the ‘cost’ of having free roaming, or that the same restrictions apply even if you’re paying £5 a day in an EU country that isn’t part of Feel at Home.

My EE (former Orange) account is 3G only so I couldn’t test 4G out (which I should stress would have been available if I was on a different contract), but even on 3G I had a more than satisfactory experience, and with no issues with streaming.

Vodafone did allow me 4G roaming and, boy, was the result impressive. That would be quite amazing at home, let alone roaming. What’s more, neither EE or Vodafone does anything to stop streaming, and – unlike Three – you can tether to other devices.

This meant my four year old got to watch YouTube for Kids on a tablet when we travelled around by train, using a not insignificant 2GB of data by the end of our long weekend break.

Feel at Home may be free in some locations and £5/day elsewhere in Europe, compared to £3/day on Vodafone and various prices on EE depending on the add-on chosen, but the service is considerably poorer.

That’s not to say it’s useless, as email, Facebook, Twitter and many other services work okay (if a little slower than the speedtest results would suggest is possible) but it isn’t comparable to the service you can get on another network.

I still have people saying to me that maybe I’m just unlucky, and that maybe Three doesn’t restrict streaming everywhere. Well, the good news is that now there’s an app that everyone can use to test their network out. Given Feel at Home means using the app will cost nothing, Three users in particular have nothing to lose.

2 thoughts on “Another day, another roaming test. Has Three fixed Feel at Home yet?”