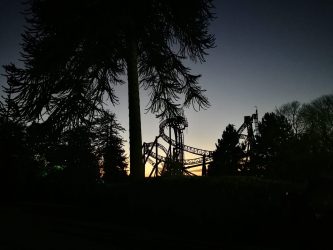 Following my earlier gallery with camera samples from the Huawei Mate 9 and Pixel XL, I thought I’d post more photos taken on a weekend away to Alton Towers and Warwick Castle – as well as some more casual photos out and about.

You will also see photos taken with the hybrid 2x zoom mode, which works in some situations (like close-up shots of fireworks) but doesn’t seem a great deal different to any other digital zoom in others, namely not particularly good or recommended for use.

Including low-light and LED flash

What about the video?

The review units we were given came with pre-release software, and as such we were told that an update will be released before the phones go on sale officially. This can’t come soon enough, as I discovered that all of the Ultra HD video I recorded couldn’t be uploaded to YouTube, or loaded into any video editing software. Likewise, video backed up to Google Photos was also corrupted and unplayable.

As it stands, it plays on the phone and only the phone. It’s not a small problem so should be fixed soon. Meanwhile, I realised too late that 1080p video records fine – but I really wanted to bring you 4K video and will do so when Huawei rolls out an update.