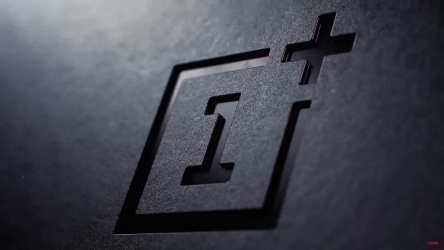 The widely leaked OnePlus 5 finally become official yesterday, and the high-end handset can be yours a week ahead of time if you’re fast.

Fortunately the days of being invited to order a phone from OnePlus are long over, and last year O2 became the official UK carrier selling OnePlus phones.

O2 has once again retained this exclusive partnership, selling the phone on a range of contracts (you can see the O2 press release at the end of this post).

Alternatively, you can buy the phone for use with any network from the OnePlus website when it goes on sale on June 27th. But if you’re quick, you could have it in a couple of days!

Firstly, on June 21st there’s a ‘pop up’ event in London but that was a ticketed event and if you didn’t pre-register than it’s probably not a good idea to just try to turn up. There will only be a limited number of handsets for sale, and previous launches could mean you’ll be queuing all day for no reward.

However, fear not as you can order online for early delivery wherever in the UK you are. That sounds a lot more civilised doesn’t it?

Visitors who watched OnePlus’s webstreamed launch will have been given a code to enter on a special webpage, but if you missed it fear not as I have it for you. The code to enter on the dedicated Early Drop page is ‘Clearer Photos’. Order quick enough and the phone will ship from June 21st, up to a week before the phone sells to anyone else.

Okay, so I’ve told you how to get one but haven’t said anything about the phone itself. But, I expect a lot of you will have already been following the news from the rumours to the official unveiling, and so I’m here to give my thoughts.

It seems some people will absolutely love that this phone has a top-end chipset and costs a lot less than similarly specced rivals, while others will be left wishing OnePlus hadn’t made some compromises that potentially ruined everything. You rarely get balanced opinions on the Internet!

Personally, I sit somewhere in the middle. The OnePlus 5 is an exciting phone, but has a few issues that stops it being a true ‘flagship killer’. At £449 and £499 for the two available configurations, it’s cheaper than a Galaxy S8, Sony XZ Premium, LG G6 or HTC U11, but it definitely has a few issues that may put you off – and it’s not as cheap as previous ‘flagship killers’.

Let’s go through and talk about some of the features, starting with the good points and then moving on the bad.

Please do add your comments below and add anything I’ve missed, and please do say if you’re planning to get one. Bear in mind that on June 27th, Honor will announce the Honor 9 (with a smaller 5.1-inch display) that has a dual-camera design and high-end chipset. 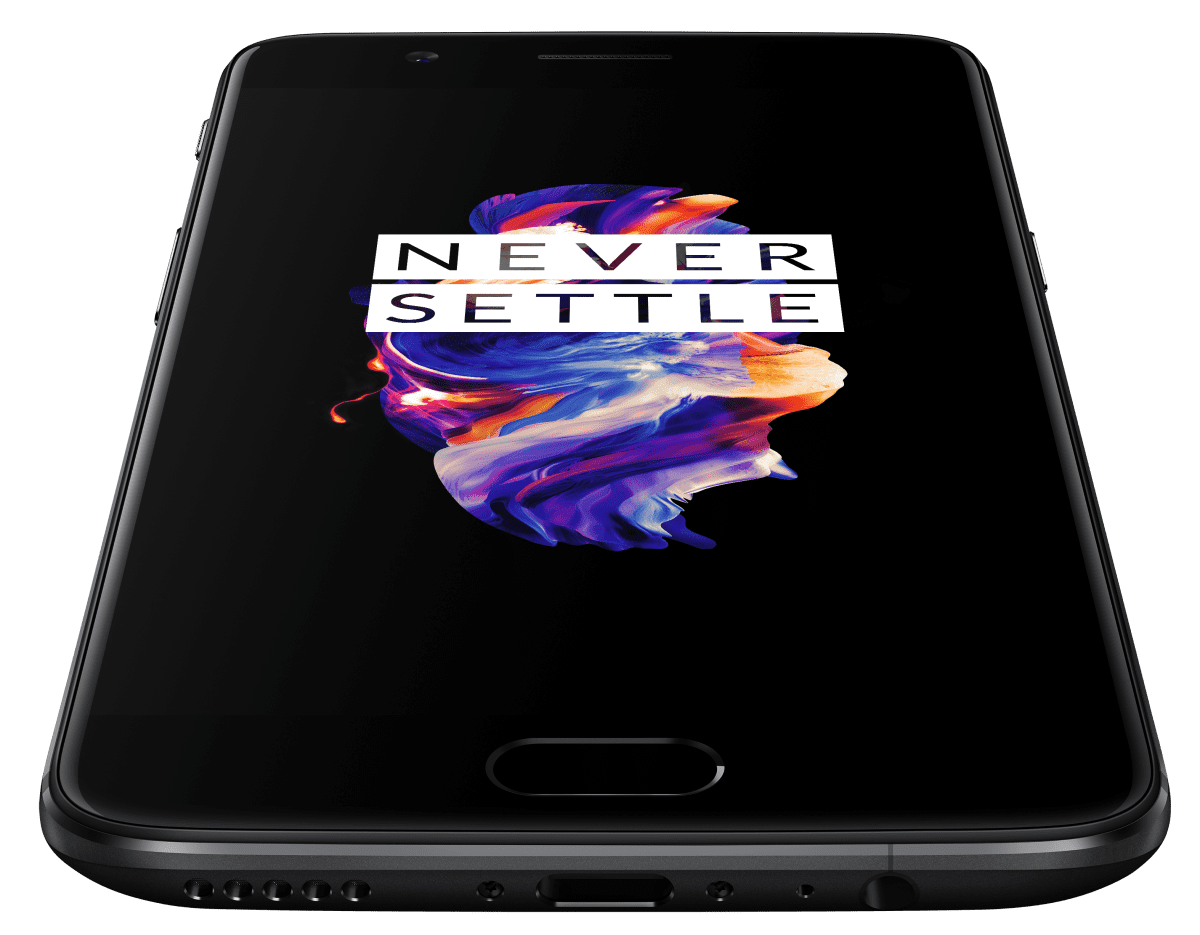 Some of these bad points are not necessarily deal-breakers as I’ll try to explain as I go. They can’t go unmentioned though.

The full specifications of the OnePlus 5 can be found here. 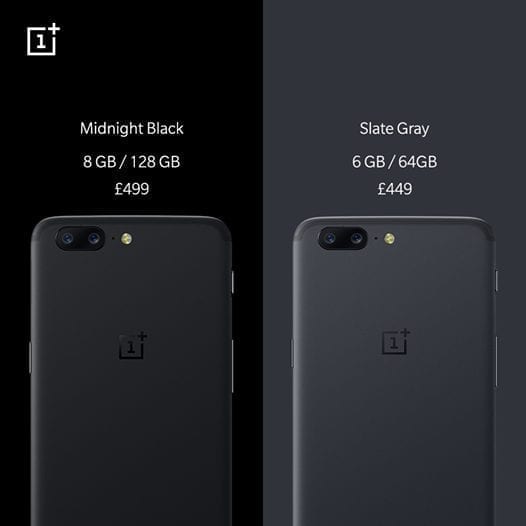 NEW YORK / LONDON – June 20, 2017 – OnePlus today introduced the OnePlus 5, the latest in its lineup of premium flagship smartphones. With this new device, OnePlus is further demonstrating its mission to share the best technology with the world.

The OnePlus 5 features the highest resolution dual-camera system on a smartphone today for clearer photos than ever before. Dash Charge, OnePlus’ industry-leading charging technology, gives users a day’s power in half an hour. The Qualcomm® Snapdragon™ 835 platform, coupled with up to 8 GB of RAM, provides a smooth user experience at a lower power consumption rate. The OnePlus 5 also supports 34 GSM network bands, keeping users connected around the world.

“The OnePlus 5 showcases our obsessive attention to detail and our focus on delivering the best user experience possible,” said OnePlus Founder and CEO Pete Lau. “We have applied this approach to all aspects of the OnePlus 5. For example, the dual camera provides some of the clearest photos on the smartphone market today and gives users more control to take stunning photos in all conditions.”

At 7.25 mm, the OnePlus 5, available in Midnight Black and Slate Gray colors, is the thinnest OnePlus flagship ever. The aluminum unibody features a continuous hard line around the edge of the phone. The Horizon Line, a key element of OnePlus design, casts one half of the phone in light and the other in shadow, offering an elegant, streamlined appearance. The minimalistic design is further reinforced by a new crescent-shaped antenna that blends seamlessly into the top and bottom edges of the phone. Rounded corners and edges makes the OnePlus 5 feel more comfortable in the hand.

The OnePlus 5 features the highest resolution dual-camera system on a smartphone today. A tailor-made 16 MP sensor is supported by a 20 MP sensor with a telephoto lens to accurately determine the distance between the sensor and objects in the environment. A large f/1.7 aperture allows for faster snaps and helps compensate for stuttering to improve image stabilization.

In Portrait Mode, the two sensors work together to create a focal separation between faces and backgrounds, while a custom software algorithm makes your subject clear and well-lit. This results in a professional depth-of-field (bokeh) effect that keeps faces sharp in front of a blurred backdrop. Smart Capture combines optical zoom with multi-frame technology to let you zoom in with greater clarity, while Fast AF uses the dual-camera system to more accurately calculate depth to speed up auto-focus by up to 40 percent.

A Day’s Power in Half an Hour

First introduced with the OnePlus 3, Dash Charge is the fastest charging solution on the global market. A quick half-hour charge gives the OnePlus 5 enough power for the day. By carrying more current and shifting the power management from the handset to the adapter to keep the phone cooler during charging, Dash Charge can continue to fast charge the OnePlus 5 even when using GPS or playing graphically intensive games. The 3,300 mAh battery also lasts up to 20 percent longer than the OnePlus 3T.

Through a combination of powerful hardware and intelligent software, the OnePlus 5 provides a truly seamless smartphone experience.

The OnePlus 5 takes advantage of the top-of-the-line Qualcomm® Snapdragon™ 835 platform that provides powerful performance while drawing up to 40 percent less power. With up to 8 GB of LPDDR4X RAM, the OnePlus 5 can run a large number of apps in the background without a single second of lag. The combination of UFS 2.1 and a new two-lane ROM results in 26 percent faster storage performance in everything from installations to loading apps and games.

OnePlus’ custom operating system, OxygenOS, is designed to refine stock Android’s core functionalities with features and optimizations that add value to the user experience. New updates to the OnePlus 5 include Reading Mode, which utilizes an ambient sensor and gray-scale mapping to make reading as comfortable as reading an actual book. Gaming Do Not Disturb Mode allows users to play their favorite games without being disrupted by notifications or accidental hardware button presses. With App Priority, the OnePlus 5 loads your most-used apps more quickly to further improve performance.

The OnePlus 5 will be available in an early drop sale on oneplus.net immediately after the keynote launch event on June 20 for customers using a special code that will be announced during the keynote. The OnePlus 5 will first be available for direct purchase at one-day pop-up stores in New York on June 20 and in London, Berlin, Paris, Amsterdam, Helsinki and Copenhagen on June 21. Open sales on oneplus.net begin on June 27.

20th June 2017, London: O2 has today announced that it is the exclusive high street retailer of the OnePlus 5 in the UK. The latest flagship smartphone from OnePlus will be available on the network’s renowned O2 Refresh tariffs in-store and online.

Available for pre-order from today, O2 customers can get their hands on the OnePlus 5 Midnight Black with 128 GB of storage or OnePlus 5 Slate Grey with 64 GB of storage on tariffs offering from 500 MB to 30 GB data.

OnePlus’ most passionate fans will even have the chance to get up close and personal with the new device at one of three special in-store events around the UK from 22 – 24 June, and will be able to walk away with their new handset on the same day.

Open to the public and select OnePlus fans, O2 will host an array of live product demos and offer users the chance to win goodies and receive support and advice from O2 Gurus, plus the opportunity to enter a prize draw to win a free OnePlus 5 handset.

These special events will take place at the following O2 stores:

OnePlus started in 2013 with a simple idea: make a better phone, and a better way of doing things. Since then their phones have built up a cult following with the OnePlus One, OnePlus 2, OnePlus X, OnePlus 3 and 3T gathering more and more fans. The debut OnePlus 5 features one of the highest resolution dual-camera systems on a smartphone today for clearer photos than ever before. Dash Charge also gives users a day’s power in half an hour for complete reliability and the updated processor coupled with up to 8GB of RAM make the OnePlus 5 one of the most powerful smartphones on the market.

“As the only high street retailer in the UK to sell the OnePlus 5, we’re proud to be continuing our relationship with OnePlus and bringing our customers the OnePlus 5,” said Magnus McDonald, Director of Product and Category Management at O2. “Demand for OnePlus devices has exceeded all our expectations and we’re excited to see how successful our partnership with OnePlus can be as we continue to move forward.”

Thanks to the O2 Refresh tariff, customers can upgrade their phone whenever they like by paying off the remainder of their Phone Plan. Those who previously purchased the OnePlus 3T and would like to upgrade to the OnePlus 5 can take advantage of this opportunity by contacting O2. In addition, they can recycle their OnePlus 3T handset instore and receive up to £80 towards the remainder of their Phone Plan.

From 27th June, the only other place to purchase the OnePlus 5 in the UK, is online, directly from OnePlus. Subsequently from 29th June, standard pricing will apply with the 64GB version priced from £34 per month for 500MB data and the 128GB version from £36 per month. Both tariffs include the upfront payment of £9.99.

For more details on tariffs and pricing and to pre-order, visit: https://www.o2.co.uk/shop/phones/oneplus/5