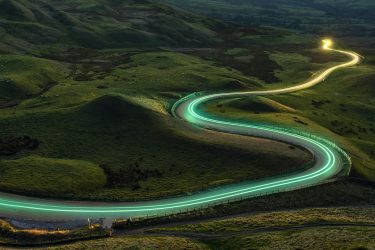 EE has always had a bold ambition to cover as much land mass as possible. Now it has announced that 94% of roads in England, Wales and Scotland now have 4G coverage – equating to over 322,000 miles of road.

EE states that its 4G network now covers 85% of land mass, which is 6% higher than the last placed operator. This infrastructure will pave the way for future 5G rollout.

4G also forms the basis for the Emergency Services Network (ESN) that will be used by the emergency services to replace outdated communication systems.

These new sites will also be capable of being upgraded to 5G in the future, although the network has made it clear ever since 5G was first launched that 4G will complement the next-gen networking technology for some time.

17th December, London: EE today announced its 4G network now covers 94% of Great Britain’s roads, bringing reliable mobile connectivity to even more people and places. Customers can now use EE’s award-winning 4G network on over 322,000 miles of roads across Great Britain, the equivalent distance of Land’s End to John O’Groats more than 500 times over. EE has also expanded its 4G coverage footprint in every national park in Great Britain this year, with more than two thirds (69%) of the total area now covered.

According to the latest Connected Nations report published by Ofcom today, EE’s 4G network has the largest geographical coverage at 85% – 6% higher than the last placed operator. In 2020, EE has built 160 new sites – 92 in Scotland, 43 in England, and 25 in Wales.

EE’s mobile network investment will help meet the yearly 40% increase in 4G data usage and will provide the foundation for EE’s 5G network as rollout continues across the UK. The new sites will help customers stay connected to the things that matter to them the most, at a time where connectivity is more important than ever.

Marc Allera, CEO of BT’s Consumer business, said: “Having access to a resilient and reliable mobile network has never been more important. Our 4G network covers more of the UK’s geography than any other, and we’re continuing to invest in it right across the UK to keep our customers connected and bring coverage to rural areas for the very first time. 4G forms the basis of our award-winning 5G network, and with this investment we’ll be able to roll out the latest mobile technology to even more parts of the UK.”

As part of EE’s Emergency Service Network partnership with the Home Office, EE’s 4G network is used to support the critical work of the emergency services. ESN’s Rapid Response Vehicles (RRVs) and Rapid Response Cells (RRCs) are mobile 4G base stations, enabling them to provide 4G coverage in any place at any time and extending EE’s network even further. In 2020, these emergency response capabilities helped provide temporary, remote coverage for emergency workers during a rural railway derailment in Scotland, replacement signal for sites damaged in arson attacks and additional capacity to support COVID-19 testing stations.

EE launched the UK’s first 5G service in May 2019 and now has 5G in 112 towns and cities across the UK. In the last 12 months, EE has more than doubled its amount of 5G sites in key cities such as Belfast, Birmingham, Cardiff and Edinburgh, bringing the latest mobile technology to even more people.