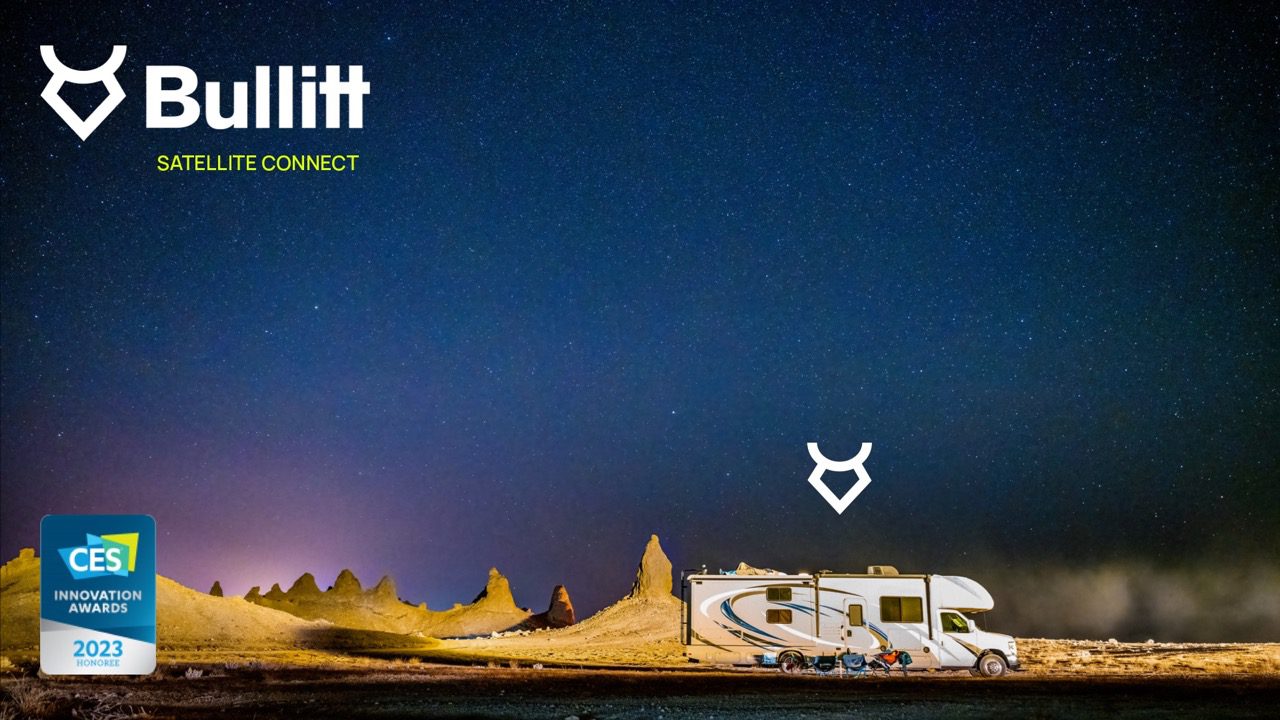 The new Bullitt Satellite Connect messaging service over satellite will solve those ‘notspot’ issues once and for all, and the first device will be the next phone in the Motorola Defy range.

Satellite communication via mobile is likely to become a big thing in 2023, and Bullitt Satellite Connect takes away the fear of being unable to communicate in an emergency that might occur away from cellular coverage. Although limited to messaging, it will give peace of mind to many people who travel far and wide, especially in countries with huge unpopulated areas, like the United States.

The use of this service will depend on local laws, so may not be allowed in some countries. In all cases, the phone will opt to use a land-based cellular network first, with satellite being used only if there is no other method of communication available at the time.

The Motorola Defy was first launched to consumers in 2010 and it’s great to see it will return within the next few months to launch this valuable new service, which has subscriptions starting at around US$5 a month (after the first year being free). The 5G Dimensity 930 chipset powering the phone is manufactured by MediaTek.

You can learn more in the press release below.

Bullitt Satellite Connect on show at CES 2023, providing essential communication wherever cell coverage is a challenge

Motorola and Bullitt have confirmed that the next device in the defy range will be the first smartphone to support Bullitt’s satellite messaging service. The companies have a strategic brand partnership to develop rugged mobile phones under the iconic Motorola brand and are reinforcing this commitment with the launch of this highly advanced connectivity feature in a Motorola smartphone.

Designed for anyone and everyone who has ever been frustrated by a lack of cell coverage, Bullitt Satellite Connect provides reliability and peace of mind to millions of people that live, work, play or roam into the fringes of coverage.

Bullitt has developed proprietary software and service components to provide satellite text messaging via a simple to use OTT application (Bullitt Satellite Messenger). The service is the culmination of two years of close working relationships with the most advanced technology partners in the field of NTN (non-terrestrial network) communications including the world’s leading chipset supplier MediaTek, leading critical event response specialists FocusPoint International and Skylo, Bullitt’s satellite connectivity partner. Skylo built and operates the network to provide the ‘always on’ Bullitt satellite messaging service, and manages connections to devices over existing licensed GEO satellite constellations, such as Inmarsat and others.

Richard Wharton, Co-Founder at Bullitt Group explained: “Bullitt Satellite Connect solves a real connectivity problem. American’s send 6 billion SMS text messages each day* but, due to the sheer scale and topography of the country, no single carrier covers more than 70% of the US land mass and around 60 million Americans lose coverage for up to 25% of each day**.

That means hundreds of millions of instances where people who want to communicate via their phone cannot. Coverage blackspots persist to a greater and lesser extent the world over. We have a truly international solution. Bullitt Satellite Messenger provides total reassurance that you will have a connection wherever you have a clear view of the sky.”

“Motorola, an iconic brand in the communications industry, has always been at the forefront of identifying new technologies that become an industry standard. We are excited to announce that the next device within the motorola defy family will be the first device to include Bullitt’s two-way satellite messaging technology and offer Motorola’s customers the most advanced and reliable connectivity of any smartphone in the world.” continued Wharton.

Dave Carroll, Vice President of Strategic Brand Partnerships at Motorola: “We are thrilled to be partnering with Bullitt to bring to the market the first rugged smartphone equipped with two-way satellite messaging technology. Motorola has been a pioneer in the mobile industry with a rich heritage of industry firsts and we are proud to be, once again, at the forefront of industry innovations alongside Bullitt”.

The service works by combining Bullitt smartphone hardware and the bespoke OTT app, Bullitt Satellite Messenger, to send messages to any smartphone, anywhere you have a clear view of the sky. The service will first try to connect via Wi-Fi or cellular as normal, and if neither are available it will connect via satellite. Anyone can receive a message as a simple SMS to their existing phone and can respond by downloading the associated Android or iOS app.

The cost of the messages will be deducted from the satellite messaging subscriber’s plan with no cost to the recipient. SOS Assistance is free for the first year and subscription plans start from as little as $4.99/ month, with heavier usage plans also available.

Details and availability of the new motorola defy will be available soon.