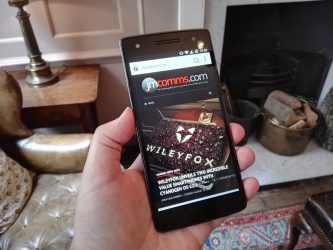 New startup Wileyfox has entered the market with two new powerful smartphones that are sure to set the cats (or should that be foxes?) amongst the pigeons. 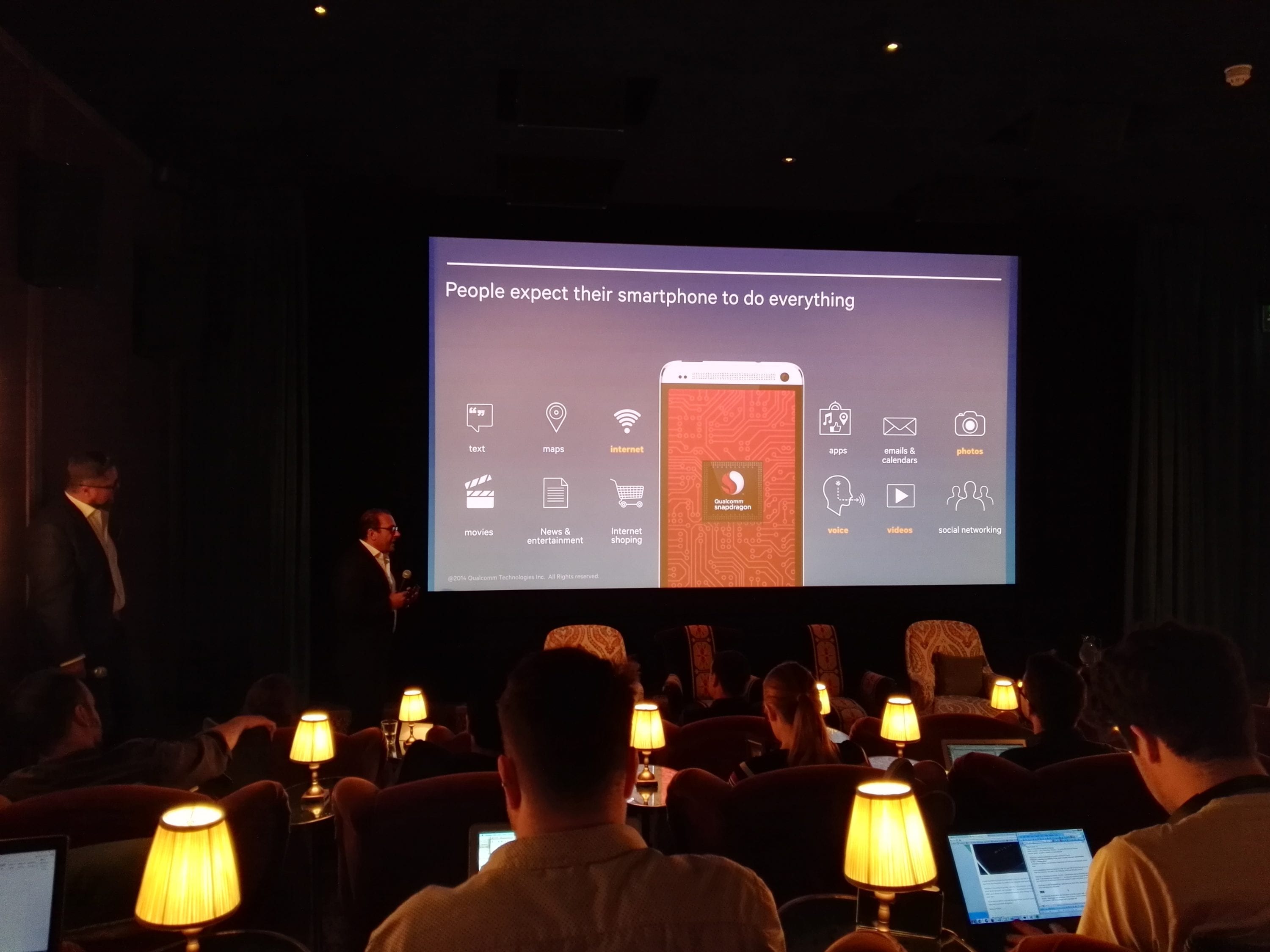 The Wileyfox Swift and Wileyfox Storm will retail at just £129 and £199 respectively, and be the first two phones to ship with Cyanogen OS 12.1, built on top of Android 5.1 Lollipop.

These are no low-price, easily forgettable, devices either. Wileyfox has scoured the world to cherry pick the best components from Qualcomm, Samsung, and Sony.

With Cyanogen 12.1 comes the promise to address the problem of unwanted apps, by keeping the device free of bloat – letting people download what they want, and also reducing power consumption. 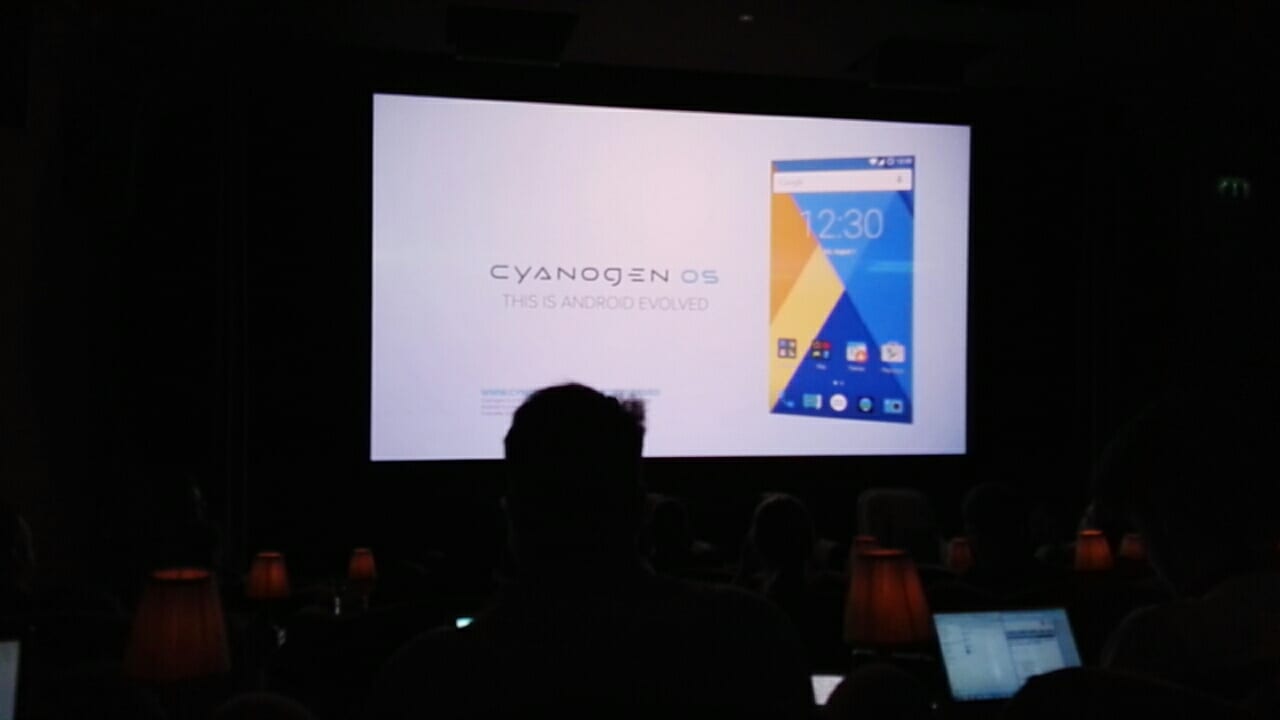 Other features include Privacy Guard, PIN scrambling (mixing up the numeric keypad to stop eagle eyed hackers in their tracks), the ability to protect individual apps, along with a new web browser that is 1.69 times faster for page loads than Chrome, and 1.2 times more power efficient.

In addition, the two phones will ship with Truecaller included as standard, a custom camera app, AudioFX (24-bit high res audio), extended themes, and many more features that will already be well known to the many Cyanogen OS users around the world.

The £129 Swift is a 4G dual-SIM phone, with a 5-inch HD display, Snapdragon 410 and 13-megapixel Samsung sourced camera.

The £199 Storm is a 4G dual-SIM phone, with a 5.5-inch full HD display, Snapdragon 615 SoC, 20-megapixel Sony (IMX220) camera with flash, a 8-megapixel front facing camera with its own flash, and 32GB of internal storage + microSDXC card slot. There’s also 3GB of RAM for good measure.

The Swift will ship at the end of September and the Storm will be available in October, available online only at the beginning, via the Wileyfox website initially, then Amazon, Clove, Expansys and others to be announced in the future.

I’ll be doing a hands-on with both handsets very soon.

LONDON, U.K. 25 August 2015 – Wileyfox has announced it will launch with two, competitive, open market handsets – Swift and Storm. Available online only, each handset boasts a Qualcomm® Snapdragon™ processor and will be the first to come pre-loaded with Cyanogen OS 12.1 in EMEA.

Swift will retail at £129 (€179) and Storm at £199 (€279) and will be available from September and October respectively. They are both highly customisable and with exceptional data security settings enabled by Cyanogen and Qualcomm’s SecureMSM™ technology. Both are finished in premium materials, such as Swift’s Corning® Gorilla® Glass display, and offer extraordinary value for money.

Built on Android™, the Cyanogen powered experience gives users the freedom to customise their mobile experience from scratch. Privacy control over data shared with apps, full UI customisation and the elimination of bloatware – to free up storage space and processing power – are all central to the groundbreaking OS.

Wileyfox after sales service features market-wide call centres for advice, support and repairs. Both devices will be available exclusively online, at wileyfox.com as well as at leading e-tailers across the region including Amazon, Ebay, JD, Souq, Expansys and Clove.

Nick Muir, European Chief Executive Officer at Wileyfox comments, “Our target customer values choice, security and reassurance. These savvy individuals do not want their data made available beyond their control. They want to be able to change the appearance of their screen, beyond just the wallpaper and lock-screen. They want efficient, personalised shortcuts and gestures. They want friendly, helpful 24/7 customer service. And above all they want great quality, premium handsets with the latest technology. Responsive, well-built, reliable, quick-charging handsets with great battery life. And that’s what Wileyfox is all about.”

Customisation – Cyanogen offers users the ability to personalise everything on the handset from soft and hard keys to gesture controls and deep customisation using the Themes app. Themes lets users completely modify the look and feel of the phone’s interface, including wallpapers, fonts, icons, boot animations, and even third party apps. Wileyfox owners can choose from the myriad of apps built for Android but have the freedom to build their own mobile experience from the ground up if they so desire.

Privacy & security – In a world where people want to protect their data and privacy, Cyanogen makes it easy to control what, where and when data is shared with Privacy Guard. Extensive security features include Protected Apps to keep selected apps out of sight in lockable folders on the home screen. PIN Scramble to randomise the numbers behind the device’s password, and Blocked Caller List, which blocks incoming calls and texts from selected numbers. The Qualcomm SecureMSM technology is the foundation of some of the Cyanogen OS privacy features. It includes security hardware and firmware, or more precisely, a feature called SecureBoot, which both the Storm and Swift are equipped with to ensure that your precious information is secured.

Enhanced experiences – Cyanogen delivers a number of rich enhancements across audio, dialer, email, browser, camera and screen display. Audio FX improves the audio playback quality when listening to music and LiveDisplay intelligently adjusts the brightness and contrast of the screen, based on lighting conditions and the time of day. Truecaller integrated Dialer provides caller ID, spam detection and blocking.

European infrastructure – European call centres offering efficient and effective after sales service for Wileyfox customers. A replacement screen service is available for £9.99 a year and there’s a three year extended warranty for the same price.

Vikram Natarajan, Senior Vice President of Global Partnerships and Distribution for Cyanogen says: “Our partnership with Wileyfox brings the user-oriented proposition to life by giving consumers unlimited possibilities to customize their device experiences. We’re excited to come together with Wileyfox to bring real differentiation to consumers in EMEA, and a better Android experience in a number of areas including device performance, customization, privacy and security, and enhanced apps.”

Roberto Di Pietro, VP business development at Qualcomm Europe says: “Today’s mobile devices need to be powerful, fast and reliable and Snapdragon processors are specifically designed to deliver advanced connected mobile computing experiences across video, imaging, graphics and interactive applications. Partnering with new mobile brands such as Wileyfox is important for us to help deliver the next generation of mobile experiences to more users across Europe.”

Wileyfox is an online only handset brand that offers consumers a democratic, freedom-rich mobile experience that is intuitive and highly customisable, highly spec’d and competitively priced. The company is agile, spirited, competitive and independent.

Wileyfox is a disruptive company that leverages the best in Chinese hardware manufacturing with the best of Silicon Valley software with a fully established infrastructure: supply chain, customer service and add on services. Wileyfox is a privately held company with its HQ in London, UK and operations internationally.