Huawei has had a good year, and I don’t simply mean it has released some great phones, but rather that it has become more established on the high-street.

I’ve covered Huawei launches for years, and while networks used Huawei as the main supplier for mobile broadband products, when it came to handsets, it was nearly always forgettable low-end kit. 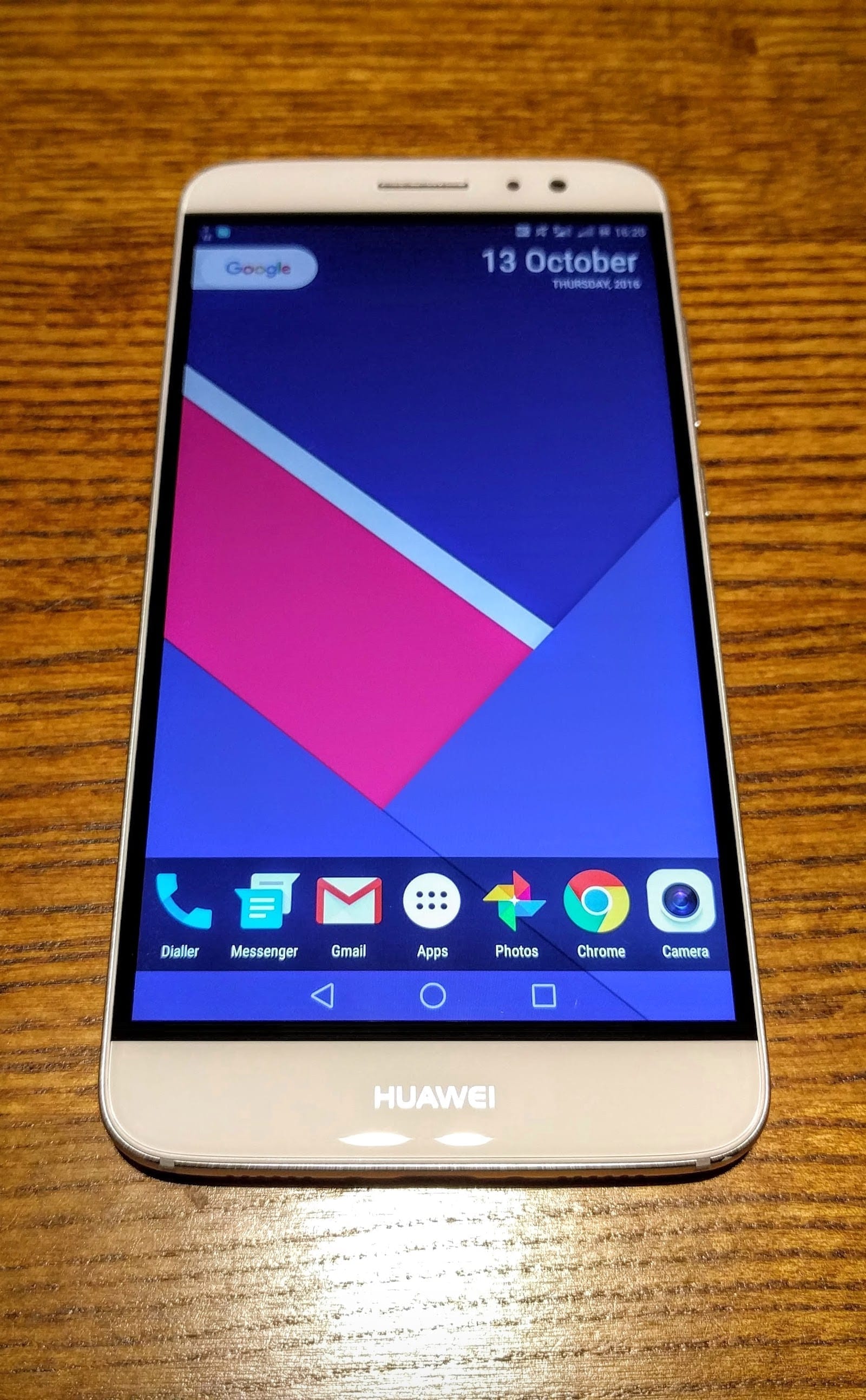 In fact, it was only really Three that showed faith in the cheaper Honor-branded phones. That was until April this year, when the networks began falling over each other to announce themselves as the place to go to buy the Leica-branded dual-camera Huawei P9.

Roll on five months, and Huawei has launched an all-new range called Nova. Aimed primarily at women with some, frankly, tenuous phone functions that apparently females can’t live without. Things like a makeup mode to improve selfies that will accentuate or exaggerate your existing features and make you look ‘nicer’.

The problem is Huawei didn’t get the same level of interest this time around. And in this review, perhaps you’ll find out why.

It’s a pretty mixed bag, but to believe the Nova range won’t get established and one day find a way into the already crowded high-street stores, and online retailers. But for now the only way to get either the Nova Plus (as reviewed here) or the smaller-screened Nova, will be down the SIM-free route. Currently, you’re looking at around £450 for the Nova Plus, which means it isn’t cheap.

Clearly, you’re paying for what is a very nice looking phone with premium materials (let down maybe by two strips of colour-coded plastic for the antennas on the back).

In a parallel universe, the Nova Plus is probably being sold as the Mate S 2. The similarities with last year’s equally hard to find Mate S cannot be ignored.

It now becomes a very much more mid-range phone than the Mate S was, which is noticeable by the fact that the camera is more basic, and most certainly no association with Leica. That said, there is optical image stabilisation here.

The phone, like the P8 and Mate S, still doesn’t have 5GHz Wi-Fi and still lacks fast charging. On the plus side, there’s a larger battery than last year’s Mate S (3,340mAh instead of 2,700mAh) and an improved fingerprint sensor, plus USB-C.

Unlike Google’s recently announced Pixel and Pixel HD phones, the Nova Plus and Nova have a totally different look and feel, almost as if the two phones were developed completely independent of each other and only got tied up when someone decided to create the Nova branding. The smaller Nova looks more like a cheap P9.

The chipset is different to earlier models though. Out goes Huawei’s own Kirin 935 and in comes Qualcomm’s budget Snapdragon 625 SoC. It’s here that things get better. It seems to be a very power efficient and snappy chip.

It also means the Nova Plus supports 3G on both SIM cards, unlike the P9 and Honor 8 that can only operate at 3G or 4G on one slot, while dropping to 2G on the other.

For anyone using Three in one card slot, this is a big deal. It means you can still make and receive calls when another SIM is used for data.

But, like so many other Huawei made phones, you’ll have to choose between a second SIM or a memory card. Considering the Honor 5X, also using a Snapdragon chip, managed to come with three slots, it’s a shame to be back to having to make a choice here.

The Nova Plus (and Nova) were each sold at the launch event on their ability to save awesome portrait photos, using either camera. The front being an 8-megapixel f2/0 sensor, the rear a 16-megapixel f2/0 sensor, with phase detection autofocus and optical image stabilisation (for stills and up to 1080p video).

The beauty mode that has made an appearance on most Huawei and Honor phones for some time is accompanied by a makeup mode, whereby you can use real-time effects to extend lashes and brighten up cheeks and lips, as well as reducing shadows and softening skin.

It’s rather like many of the plug-ins for Sony Xperia smartphones, which lets you record yourself looking like a talking zombie and other crazy things, except this time it’s about making you look ‘better’.

I think I’d settle on it making you look different, as I wasn’t convinced that it is something anyone would ever use seriously. All of the effects were somewhat over the top, so it may as well have come with modes to make you alter your face or add novelties like glasses, beards etc.

The optical image stabilisation will help in many situations, but the overall image in anything but good light is grainy and lacking detail. It’s hard to imagine anything but disappointment if you rocked up to a fashion show or trendy launch party and tried to snap away with the Nova Plus.

Even the ability to record Ultra HD (a first for Huawei, to the best of my knowledge) is let down in all but good light.

In daylight, video isn’t bad at all. When things get dark, it all goes to pot as you can see in the videos below. The ISO is ramped up to what would seem like ISO ten billion, so you end up capturing little more than camera noise.

And if that isn’t bad enough, the accompanying audio is dull and lifeless, with a directional microphone making it hard to even pick up sound when you’re standing just a matter of feet away from a live DJ and huge speakers blasting out disco music, surrounded by eager party goers.

In other words, the camera is hardly what I’d consider someone would want to use at a catwalk show, or trying to snap a celebrity at a swanky after party.

But for other situations, like taking scenic photos, the Nova Plus is like a completely different phone. On a sunny day, you’ll get nicely detailed photos with plenty of contrast and good colour.

All in all, the Nova Plus is not a lot of good for someone who wants a decent all-rounder that can be used at any time, such as the highly versatile dual-cameras on the P9/P9 Plus and Honor 8.

While the audio recording on my phone left a lot to be desired, the single mono speaker at the base is a pretty decent, loud, affair. It’s a shame not to have front-facing stereo speakers, but you can make do when watching a film, listening to some music or putting someone on handsfree.

There’s still a 3.5mm headphone socket (mentioning this now has become a thing) and Bluetooth for hooking up to vastly better audio options.

For all the faults in the camera department, the rest of the phone works exceptionally well. The battery life from the 3,000mAh battery is nothing short of excellent, lasting a full day (morning to late night) even with two SIM cards with comparative ease.

Given the Nova Plus is not a cheap phone, you would probably expect a high level of performance and while the CPU and GPU benchmarks are not up there with flagship phones, it performed well enough for everything I asked of it.

3GB of RAM helps keep things running along smoothly, as you can retain more apps in memory for longer.

3D performance is impressive and comparing the performance of the Snapdragon 625 vs the old 61n chips is like night and day (a bit like the camera then!).

Huawei’s excellent power management tools contributes to the overall battery life being so good, and you can choose between full on performance mode, or a smarter mode that cuts back the power to squeeze maybe an extra hour or two. I found that I could leave the phone in performance mode, but if your usage was particularly high, the smart mode can squeeze out another hour or so.

Wi-Fi performance is let down by the fact it supports 2.4GHz 802.11n only, so no less-congested 5GHz access, and certainly no .ac compatibility. Nevertheless, Huawei has once again included multiple antennas, top and bottom, so the Wi-Fi connectivity has proved very reliable, as indeed has the mobile connectivity.

In day to day use, with both Three and EE, I managed to cling on to 4G almost everywhere (depending on which slot was activated for data) but even 3G is fast, with DC-HSPA support also included. Low latency and high-speeds makes this ideal for streaming content, taking advantage of the large, bright screen.

The Nova Plus is a nice looking phone. It feels nice in the hand, has a great screen and benefits greatly from the facility to minimise the screen for one-handed use, as well as adjustable DPI settings so you can minimise the size of the status bar, menus etc.

Dual SIM users will love the fact it supports 3G on both slots, in particular anyone who will be using a Three SIM in one of them. Dual SIM users, however, will NOT like having to give up the memory expandability.

The camera, the feature Huawei spent so much time promoting at the launch event with the help of a fashion blogger, is also its weakest feature. It’s acceptable in good light (but these days, what phone isn’t?) but once it gets darker the camera just can’t produce decent results at all – for stills or video. Audio recording is also a real let down.

The other issue is that the phone isn’t as cheap as it might be. By using premium materials, it commands a premium price, yet the spec isn’t really up there. While I never had any issues with Qualcomm’s new Snapdragon 625 chipset, and the battery performed exceptionally well, it would be considerably more appealing if priced as a mid-range handset. That would mean dropping below £350 at least.

And, as must be mentioned in any Huawei review, you have the obligatory decision to make on whether you like Emotion UI or not, but that’s easily overcome. Keep it as is, or install Nova Launcher. Problem solved. I don’t think it’s the problem that some make out, although admittedly from having used EMUI for many years now, I am perhaps more used to it than most.

At the end of the day, the Nova Plus doesn’t really offer anything that you wouldn’t get from the P9 Plus, assuming the 5.5-inch screen was the main draw. If you can stand for a slight drop to 5.2-inches, then you’ve got the P9 or Honor 8. These may not have the dual 3G slots, or Ultra HD/4K video recording, but that’s pretty much it.

What you would get is better performance, equally good battery life, fast charging support, 4GB of RAM on the Honor 8, double the internal storage and a vastly superior camera.

This is possibly why the UK networks weren’t particularly enamoured with the Nova Plus or its cheaper Nova sibling. It’s a shame, but the poor camera and a higher than justified price leaves me to think that it’s a phone you can probably skip over until Huawei works out exactly where it is going with the Nova line.

Perhaps in the future, it should be looking at how Google gets on with the Pixel line and consider if that’s where the Nova should be. For now, it seems you’re being asked to pay for form over function.

However, there is one thing to add at the end. If you’re not bothered about taking photos or video, then just about every other aspect of the phone (bar the price, and in time that may fall) is positive. If you want something good for browsing, watching films, messaging or playing games, the Nova Plus is a great phone to do all of that on – especially as the battery will help keep you going for longer than many other phones in its class.