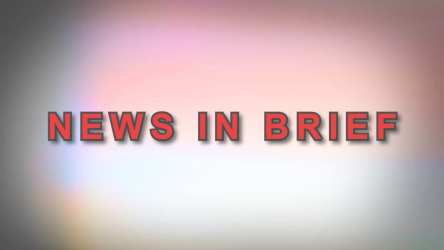 Samsung has added two new tablets to its incredibly big list of devices, which bring the ‘Fans Edition’ concept to a tablet.

The Galaxy Tab S7 FE 5G takes the most popular elements of the regular Galaxy Tab S7, including a large 12.4-inch display, Samsung DeX, Samsung S Pen, multi-tasking with up to three apps running at once, and offers it all with a choice of four colours, with prices starting at £589.

Meanwhile the highly affordable entry-level Galaxy Tab A7 Lite will retail from just £149 (or £179 for the 4G/LTE enabled model).

The Galaxy Tab S7 FE 5G will go up for pre-order from June 2nd, with both tablets available to buy from June 18th. Samsung will be running a Summer Cashback promotion for up to £60 back between June 2nd and July 7th 2021.

Huawei is finally ready to show off its new Harmony OS, which will ultimately replace the current mix of Android AOSP and Emotion UI (EMUI).

The company is expected to not only show the new operating system, which will be given to users of selected Huawei devices from the past, as well as all new products in the future, but also show off a range of connected products that will also benefit from the new OS – including a rumoured new watch and possibly even the new P50 series.

Huawei has also recently released a new Huawei Mobile Services (HMS) update that brings a new look assistant, enhanced Petal Search application, and an improved AppGallery app that will be able to keep apps up to date more efficiently.

Probably few people know the flagship Oppo Find X3 Pro has a little secret hidden inside, namely an eSIM that will allow for quick and easy connection to a range of network plans without the need for a physical SIM.

eSIMs aren’t a new thing and feature inside many devices, with many operators now offering a connection using this instead of the old-fashioned ‘chip’ you slot in, but this is the first to allow access to standalone 5G – a big step in the evolution of 5G to get rid of the shackles of older network technology that current 5G phones rely on for handling things like voice telephony.

Standalone 5G will allow for the ultra low-latency data connections that were promised when 5G launched, but is yet to become a reality.

It is worth noting that SA 5G will be possible for most 5G phone owners using traditional SIM cards, although the early adopters who used Qualcomm’s initial 5G chipset (Snapdragon 855 + 5G modem) will need to upgrade to at least Snapdragon 865 or newer. All MediaTek and Huawei 5G chips had support from day one.

Prices start at £26 per month for 6GB of data, rising to £43 a month for Vodafone’s Unlimited Max plan that offers no limits on voice, texts and data.

Selected plans also include access to one of a range of services for as long as you are in contract, such as YouTube Premium, Amazon Prime or Spotify Premium.

All Vodafone customers can now benefit from 25% off food and two-for-one meals at local dining establishments for 12 months with VeryMe, Vodafone’s loyalty reward scheme accessed via the MyVodafone App (see also the recent £7 cinema ticket deal).

Oppo has launched a Wi-Fi version of its 46mm smartwatch, available now for £279.

The Oppo 46mm WiFi watch is powered by Google’s Wear OS, which can be personalised for work and play, and is sculpted from 6,000 series aluminium alloy with a black finish.

Through Google Fit, the watch offers voice coaching and a range of routines, as well as access to other Google apps including Google Maps and Google Pay.

If you are looking for a unique watch face to match your outfit, the accompanying HeyTap Health App can customise the design by simply taking a photo of what you are wearing.

Using the new Watch VOOC flash-charging feature, you can get up to 16 hours of power from a 15 minute charge.

The watch release is accompanied by the new Enco Air earbuds (SRP £69) which come with a Vocal Enhancement mode to deliver immersive listening anywhere.

Google offering Career Certificates in partnership with the DWP

Google is launching a UK-wide scheme to upskill the population with free online courses in a range of IT-related segments; IT Support, Data Analyst, Project Manager and UX Designer.

9,500 scholarships will be distributed in the UK through Government partnerships with the Department for Work and Pensions (9,000) and Camden Council (500).

In addition, Google.org is providing grant funding to the Prince’s Trust and INCO Academy to offer an additional 1,500 young people from underrepresented and disadvantaged communities can take advantage of the upskilling opportunity.

Honor is coming back, and will be bringing Google Mobile Services with its new portfolio of devices to be announced soon.

While the company has been a little vague on detail, it has confirmed a new Honor 50 series as well as the return of the Honor Magic line.

We’re now able to look forward to the use of the Snapdragon 778G in an unconfirmed Honor 50 series device, as well as the Snapdragon 888 flagship SoC in the Magic series.

Rumours circulating online also suggest a big step-up in camera technology, and ultra-fast wired charging, which should help Honor re-establish itself in the hearts and minds of western customers.

Ahead of the launch of these devices, Honor also announced this week that it is now a paid-up member of the GSMA, the industry association responsible for ensuring compliance and interoperability.

VOXI unlimited data on TikTok – but at a price?

Vodafone’s youthful virtual network Voxi is adding TikTok to the list of services you can enjoy in unlimited amounts with the Endless Video plan that costs from just £15 per month.

However an eagle-eyed tech forum user recently noticed that the terms and conditions relating to roaming now shows the passes are now valid only for use in the UK, dropping EU destinations from the list.

Ulefone has launched the Armor 11T 5G, a rugged phone that brings the power of 5G and thermal imaging (FLIR) to a phone that could prove a big hit for business users.

Priced around $600 when it goes on pre-sale from June 7th to June 16th, the phone comes with a quad-camera setup (including the thermal imaging camera), Android 11, 256GB of storage, and a 5,200mAh battery with 10W wireless charging support.